Sony has revealed in Japan a new, thinner and lighter Playstation 3 model which also consumes less power than its predecessor. The new model codenamed CECH-3000B weighs  5.7 pounds, instead of the usual 6.6 and will go on sale on June 30th.

This new version will come with a few limitations however, Blu-ray movies will be limited to at most 480i output when not using HDMI or otherwise relying on video out with HDCP, but the games are exempt from the restrictions. It is equipped with 320GB HDD and has lower power consumption at 200 watts, from the previous 230W. This PS3 model will replace the earlier 2500B model at the same price of $436 (¥34,980), the included accessories remain unchanged – Dual Shock 3, power cable, AV cable and USB cable.

Sony also plans a new bundle which will include a special HDD Recorder, which will allow recording of TV shows to the hard drive using Torne. No information about North American release for now. 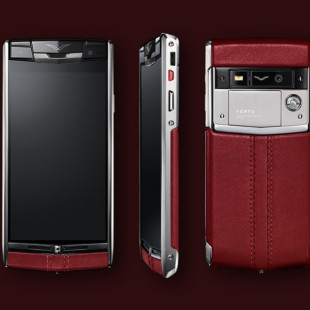 The maker of luxury smartphones Vertu has announced it will launch a new premium-class V06 smartphone by the end of the summer. The upcoming Vertu V06 handset will include a 64-bit Qualcomm Snapdragon 810 processor (MSM8994) with eight cores on the big.LITTLE architecture, four of which will...

Microsoft has officially confirmed that it will lock down all ARM devices running Windows 8. Rumors about this move have been in circulation ever since an ARM version of Windows 8 was first announced. Back then most tech experts were expecting various restrictions Microsoft would put on...