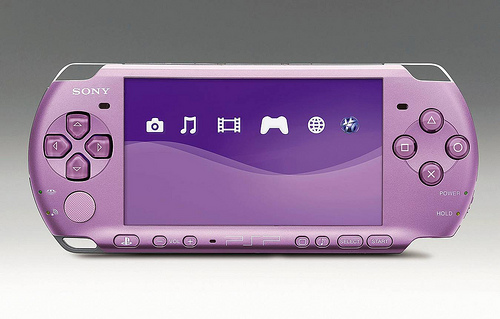 “With a year of record sales ushering us into the new year, we continue to raise the bar on providing consumers the deepest and broadest entertainment content for every member of the family to enjoy,” said Jack Tretton, president and CEO, SCEA. “With new content being added every day to the PlayStation Network combined with an unmatched line up of exclusive titles on PSP, and the roll out of truly groundbreaking games such as Killzone® 2 for PS3, we remain confident in our approach and strategy lilfor another record year of growth and momentum.”

SCEA also previewed its deepest and broadest content line up for the PS3 system, including groundbreaking exclusives such as Killzone® 2, inFamous, MLB®’09: The Show™, MAG, UNCHARTED 2: Among Thieves and God of War® III to hit throughout the fiscal year. Promising to be a blockbuster hit, Killzone 2’s immersive and sensory gameplay sets the stage for PlayStation’s continued momentum on the PS3 this year, accompanied by truly innovative and genre-defying content such as MAG, the industry’s first online shooter to allow up to 256 players, combined with artistic and niche games like Flower™ and Ragdoll Kung Fu™: Fists of Plastic on PlayStation®Network.

With a rapidly growing install base, the PSP platform is riding a wave of momentum that will be paired with a new hardware offering and its best software line up to date, demonstrating significant support from SCEA’s publishing partners. Two new limited-edition PSP Entertainment Packs will be available in 2009, bundling everything consumers need to jump onto the PSP platform, from the hardware to games, videos, and other content – all for $199.99 (MSRP).

• Hannah Montana PSP Entertainment Pack – As part of a new focus on expanding the PSP market to female gamers, SCEA will launch this new bundle in July. The pack includes the introduction of the “Lilac” PSP system, Disney Interactive’s Hannah Montana PSP game (an exclusive dancing and rhythm action game for gamers to design the show and go on tour as the teen icon), a selection episodes from the Hannah Montana TV series on UMD, a 2GB Memory Stick PRO Duo, and stickers to customize the PSP.
• Assassin’s Creed™ PSP Entertainment Pack – Ubisoft will debut an exclusive installment of the popular Assassin’s Creed franchise on PSP later this year. To commemorate this highly anticipated title, SCEA will launch a new bundle that includes the game, a “Piano Black” PSP, and other content that will be announced later.

SCEA’s push toward teen and “tween” girl gamers will also be supported by Ubisoft’s Petz® software line, which will make its debut on PSP with new, unique titles later this year. The Petz series allows young players to create and care for cute, furry pets chosen from many different breeds of dogs, cats, horses, hamsters, dolphins, tigers and bunnies.

Publisher support for the PSP system will continue throughout the year with Rock Band Unplugged™, launching exclusively on PSP. MTV Games and Harmonix announced separately that gamers will be able to take Rock Band Unplugged on the road with the first ever portable version of the popular music and gaming experience. Rock Band Unplugged will take center stage as it leverages the PSP system’s Wi-Fi capabilities and becomes the first PSP game to include a fully-featured in-game store for downloadable content in the North American and Europeans markets.

The third party support for PSP will continue throughout the year with a stellar line up of titles from EA SPORTS. Madden NFL 10 will enable NFL fans to build their own formations and plays from scratch on the PSP. Then, through connectivity with the PS3, the plays can be downloaded and perfected on the console. In addition, Madden NFL 10 will deliver a faster and more “PSP-friendly” gameplay experience to adapt to the PSP owner’s lifestyle. And for the golf fans out there, Tiger Woods PGA TOUR® 10 will allow gamers to experience the drama of major golf tournaments with revamped gameplay modes for on and offline play. Look for more EA SPORTS titles to be announced for the PSP this year.

Rounding out the unprecedented publisher support, Square Enix’s DISSIDIA™ FINAL FANTASY, which has sold 850,000 units since launching before the holidays in Japan, will make its way to North America this summer.

From a first party perspective, SCEA will bring its biggest franchises from the PS3 to the PSP this year, starting with MotorStorm® Arctic Edge and LittleBigPlanet™ in Fall 2009. These titles will be built from the ground up for PSP, offering users a unique portable experience based on the critically acclaimed franchises. Following are details for each game:

• LittleBigPlanet – Developed in conjunction with MediaMolecule, the critically acclaimed game LittleBigPlanet makes its way to the PSP, offering new SackBoy™ adventures with the same play, create, share experience for gamers on-the-go, in addition to brand new levels and environments specifically created for the platform.

• MotorStorm Arctic Edge – Developed by the award-winning Bigbig Studios, the team behind the best-selling Pursuit Force™ series, MotorStorm Arctic Edge sees the music, the festival and the brutal off-road racing arrive in the breathtaking yet lethal and unpredictable setting of Alaska. The game is also expected to hit the PlayStation 2 platform in Fall of 2009.

As the connective tissue of the PlayStation experience across the PS3 and PSP systems, SCEA announced continued PlayStation Network content from new movie releases through the video delivery service and new game spaces for PlayStation®Home. Launching this week, the new “Warhawk™ Command Center” space makes its way into PlayStation Home offering Warhawk fans a new place to socialize and strategize featuring the sand table. PlayStation Home is the ultimate social community gathering gamers via a rich, 3D high-definition environment and will continue to expand overtime.