Full-screen flash video for the browser might seem like a minor upgrade, but it’s been a highly desired feature for those who use their PS3s for online video services like Hulu and YouTube. We also noticed that the new flash upgrade enabled us to select the “480p” option in Hulu, which provides a significantly better image quality, especially on a big-screen HDTV.

The full-screen and 480p options are nice, but we couldn’t help but notice that simply watching full-screen Hulu on our laptop looked better. While the resolution looked pretty close between the two screens, motion on the PS3 looked significantly worse, with dropped frames. For comparison, motion was completely fluid and natural on our laptop in full-screen mode–and that was with a wireless connection (the PS3 was wired).

Once we took Hulu out of full-screen mode on the PS3, motion was handled about as well as on the laptop and we were able to manually zoom the screen to get full-screen playback without the motion issues. We’re not sure what’s holding back flawless full-screen flash video playback in the browser, but given the PS3’s powerful processor, we expect more.

YouTube playback wasn’t perfect, either. The first two clips we tried would play back audio, but no video. The third clip worked, and we were able to full-screen it and use the “high definition” option as well. Again, the option to go full screen is great, but we really expect full compatibility at this phase. Lastly, when we went to exit the browser and return to the main PS3 interface, the entire system hung up and we had to reboot.

The bottom line is that for the smoothest playback of full-screen flash video content, we still found that manually zooming offered the best experience, although it’s a pain to get videos perfectly centered manually. Hopefully Sony offers another update to further improve flash video performance in full-screen mode. If we could get that, the PS3 would be a more viable option for those looking to ditch the cable box and get their programming via free Internet alternatives.

The full-screen mode setting in Adobe® Flash® Player is now supported in the Internet Browser.*
* “Adobe” and “Flash” are either registered trademarks or trademarks of Adobe Systems Incorporated in the United States and/or other countries. 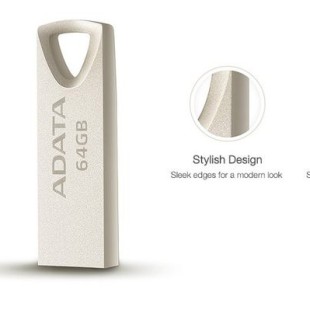 The Taiwanese maker of memory products ADATA has announced the new UV210 USB flash drive. The new gadget comes housed in a metallic chassis, colored in a champagne gold color. The chassis makes the UV210 much sturdier than other USB flash drives thanks to the usage of a special zinc alloy that...

Hewlett-Packard has surprised the Linux community by launching a new Pavilion all-in-one desktop computer that has been specifically designed for running Ubuntu Linux. Known as HP Pavilion 20-b101ea the AIO PC isn’t exactly a powerhouse so it is highly unlikely it will...

Variety of iPhone Holders from ProClip

ProClip USA, Inc.  announced a variety of device holders designed to securely mount the iPhone 3G S to car, truck and SUV dashboards and consoles. These holders, designed and manufactured by Brodit AB in Sweden, are custom made and attach to vehicle specific ProClip dashboard mounts. Once...