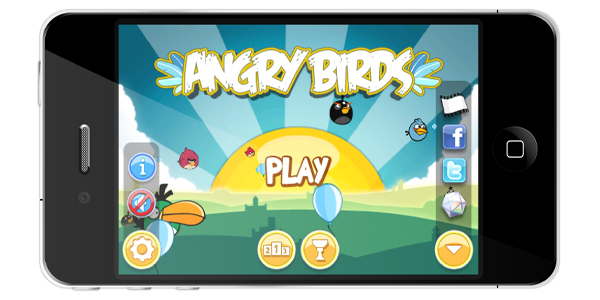 Mobile gaming is an absolutely monstrous industry and one that could potentially surpass console gaming in the next five years. With a steady influx of cash in the industry it is of little surprise that they are able to purchase licences to bring some of the best movies and television programmes over to the world of mobile gaming. Below are some of the best crossovers.
Who Wants To Be A Millionaire

Who Wants To Be A Millionaire (WWTBAM) has long been established as a mobile favourite, the game has also proven hugely popular with online mobile gaming casinos such as BGO and 32Red. As a standard mobile game, WWTBAM lends itself perfectly. It is a fun and easy game to play solely or with friends; who doesn’t like answering some good ol’ fashioned questions?
The mobile casino version offered by bgo and the like is also one of the best slots, offering three hugely attractive features – free spins, a progressive jackpot ladder and prize pick which will keep you happily entertained.
Pilgrim’s Punch Out

Although the film Scott Pilgrim vs. The World was hardly a classic, Pilgrim’s Punch-Out by NBC Universal is one of the better movie-based games. For those who haven’t seen the film, it kind of plays out like an arcade game with Pilgrim having to battle the seven evil exes of Ramona, his love interest. The graphics, soundtrack and gameplay are hugely retro, reminiscent of the Nintendo Entertainment System, one of the greatest consoles known to man. The game simply follows the same narrative arc as the movie, you simply beat up your love rivals with videos of the film interspersing each fight.
School of Rock

Despite Jack Black’s star turn in School of Rock (2003) happening some time before mobile gaming became such a big thing, Paramount still saw the need to release a game based on the rocker, and thank heavens they did. The game really is swell. In it you can play along to the vintage rock songs included in the film, tracks from your own library and even rock trivia. It is an in-depth game with plenty for you to sink your teeth into, while it also does wonders to your music repertoire.
Angry Birds

Perhaps we are cheating slightly as there isn’t yet an Angry Birds-themed movie, but the fact that Hollywood is making a computer-animated action comedy based on the mobile game just highlights just how big the industry is. This isn’t going to be some half-hearted attempt either; comedy heavyweights like Jason Sudeikis, Danny McBride, Bill Hader, Maya Rudolph and Peter Dinklage are all on board. In regards to the game, well that needs little-to-no explaining, it has been played by nearly two billion mobile gamers, highlighting just how hugely popular the addictive game is.