“Logitech research revealed that the vast majority of people who use a notebook PC are mobile both within and outside the home,” said Rory Dooley, Logitech senior vice president and general manager of the Control Devices business unit. “To meet the demands associated with increased mobility, the V550 mouse offers a complete set of features to make it easier to use a mouse with a notebook when moving from the kitchen to the living room or from one’s desk to a meeting. Now, you won’t have to choose between grabbing your mouse or a cup of coffee.”

Always ready for use, the V550 Nano also features the Plug-and-Forget Nano-receiver – it’s so small that once it’s plugged into your computer, you can forget about it. The Nano-receiver stays nearly flush against the side of the computer (protruding just 8 mm), so it doesn’t have to be unplugged when you stow your laptop. 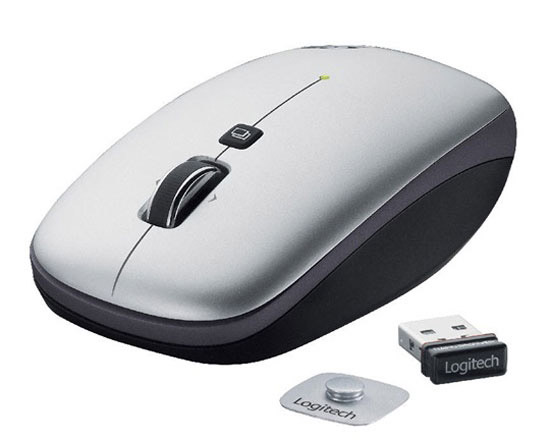 With increased mobility comes increased concern about battery life. You don’t want to be caught out and about with a mouse that’s run out of power. The new V550 mouse offers up to 18 months of battery life and is the only Logitech cordless laser mouse currently offering this extended level of use. Plus, the V550 Nano saves additional power by automatically turning off when it’s docked or when the Nano-receiver is stored inside the mouse.

To enhance your productivity, the V550 mouse’s scroll wheel can spin freely to let you move quickly through long documents and Web pages. Or, by pressing down on the wheel, you can switch to click-to-click scrolling mode and scroll precisely through lists, slides or photos. In addition, the button directly below the scroll wheel allows you to switch between applications (after installing software available at no additional charge from www.logitech.com/downloads).

The V550 Nano is offered in two colors – gray with silver accents and silver with cool-blue accents. And with the purchase of the new Logitech mouse, you’ll receive two Clip-and-Go docks – one silver, one black. An included setup kit makes it easy to install the dock, and to remove it, if necessary. 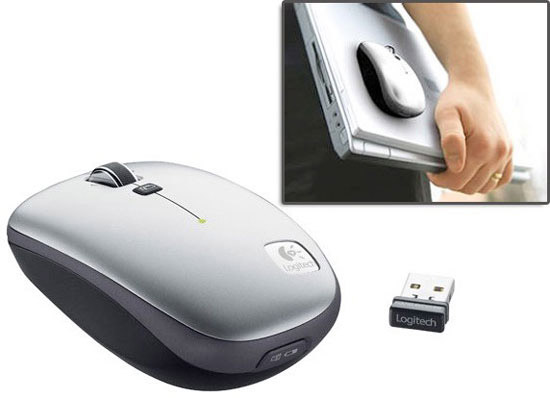 Pricing and Availability
The Logitech V550 Nano cordless laser mouse for notebooks is expected to be available in the U.S. and Europe beginning in late August. The suggested retail price in the U.S. is $59.99.