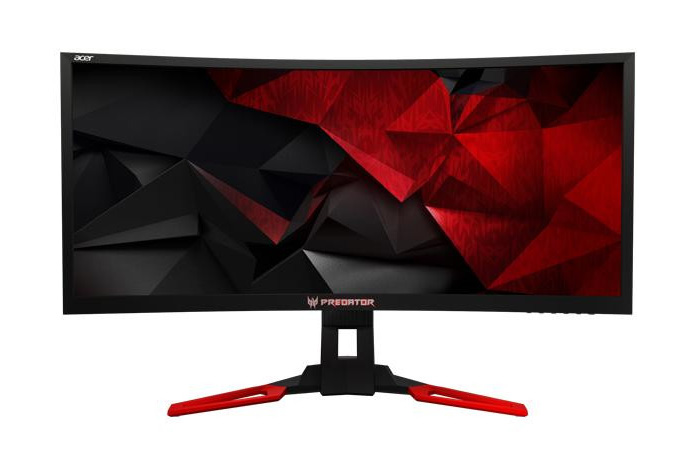 Acer has presented the Predator Z35 curved ultra-wide display, which happens to be one of the industry’s fastest such displays. On the outside the new Predator Z35 looks a lot like the recently launched XB27 monitor but the refresh rate is much higher at 200 Hz.

The Predator Z35 works at resolution of 2560 x 1080 pixels and has 4 ms of response time, 178-degree viewing angles, 300 cd/m² maximum brightness and 3000:1 static contrast ratio. Furthermore the display comes with NVIDIA G-SYNC and NVIDIA ULMB (ultra-low motion-blur) technologies as well as with GameView technology, which lets users store display profiles best suited to a particular game. In the back the Predator Z35 has DisplayPort 1.2 and HDMI 1.4a display inputs and up front users will find 9W stereo speakers with Dolby HD audio and a 4-port USB hub.

The new Acer Predator Z35 monitor will be in stores on February 19. The price of the display is unknown as of now.