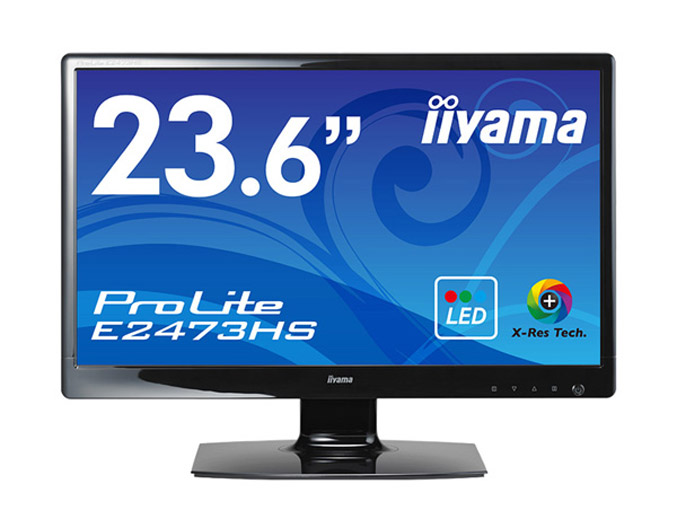 The Japanese display maker Iiyama has added two new desktop monitors to its ProLite series – the 24-inch E2473HS and the 27-inch E2773HS. Both of them come with the X-Res technology that enhances computer images giving the impression for higher resolution than there actually is.

The two monitors also feature conventional TN-film LCD panels with LED backlit illumination and a standard resolution for both models of 1920 x 1080 pixels. The 24-inch model sports 2 ms of response time and 1000:1 contrast ratio with mega contrast DCR while the 27-inch model offers 1 ms of response time and 1200:1 of contrast ratio with both models offering 300 cd/m2 of brightness. HDMI, DVI and D-Sub ports represent the monitor connectivity.

The monitors will become available in late November. The E2473HS will cost 220 EUR, while the larger E2773HS will set you back 260 EUR.