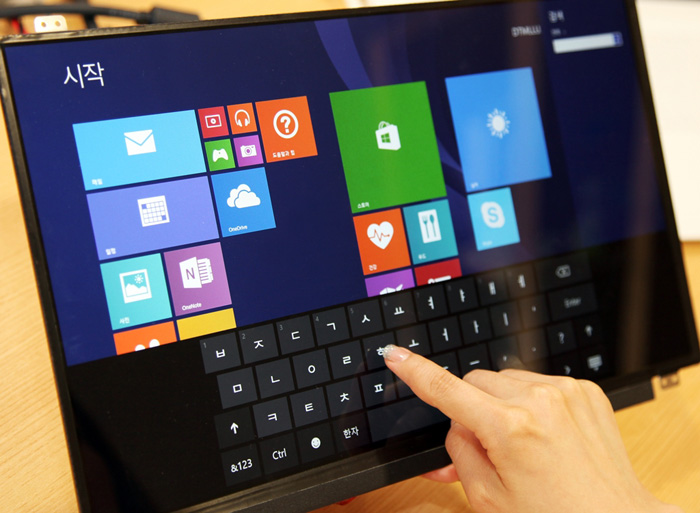 While the world talks about OLED all the time nowadays, LG has managed to achieve another first in the display world – the South Korean company has developed the so called Advanced In-Cell Touch (AIT) touchscreen display, which happens to be LG’s next generation LCD HD display that will be used in future notebooks and computers.

The main benefits from using the new technology are a few – the new AIT displays are thinner, lighter and brighter than previous generation displays. They work by embedding the touch sensors right into the LCD panel itself instead of placing them inside a layer of touch sensitive glass, which then gets applied onto the display. By doing this LG has managed to remove this extra layer, which makes the new displays thinner and lighter and reduces the in-screen reflection. In fact the new AIT displays, according to LG, are nearly 25 per cent thinner and 35 per cent lighter than current generation touch displays. The new AIT technology is already used in the LG G4 smartphone, a flagship model, which came out in March 2015.

The new AIT displays are now in mass production in South Korea and will appear soon on the market in new generation notebooks and desktop monitors. There are two sizes as of now – 15.6-inch and 14-inch ones.