As the name suggests the motherboard is built around Intel’s latest Z77 chipset and fully supports all current Intel Sandy Bridge and Ivy Bridge chips. Unlike most other motherboards, however, the Z77 OC Formula offers exceptional overclocking capabilities (or so ASRock says) and this is why the mobo has been enhanced in several ways. First, the board features a 12+4 phase DigiPower VRM that uses high-current chokes, tantalum capacitors and active MOSFET cooling. There’s also a surprising 8-phase VRM that powers the memory ensuring you won’t get voltage drops ever when tweaking either the CPU or the memory. Finally a 40 mm fan cools the chipset. 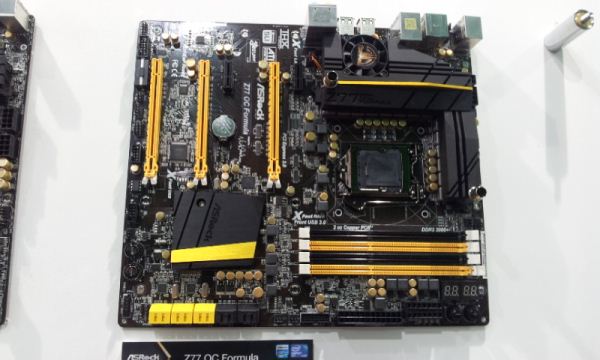