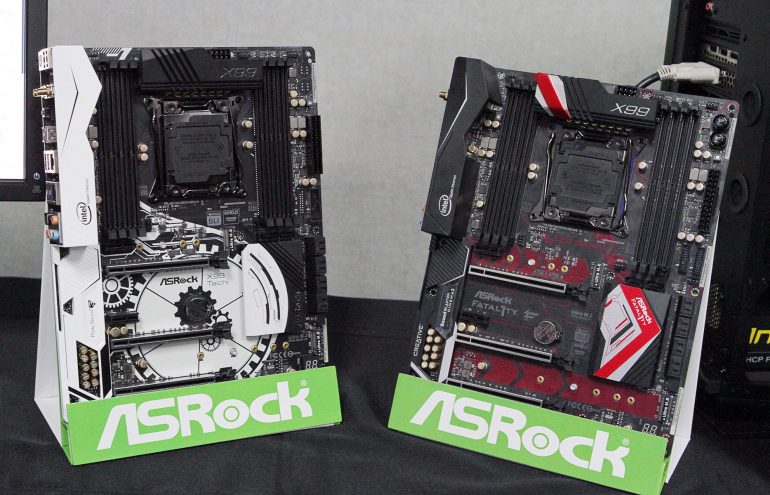 ASRock has unveiled the X99 Taichi motherboard that was featured in our news a few weeks ago. Needless to say the event has taken place at Computex 2016.

Along with the X99 Taichi ASRock has also unveiled another Broadwell-E motherboard called Fatal1ty X99 Professional Gaming. This board has all the features the Taichi comes with but adds Creative SoundBlaster Cinema3 sound, PCB buttons, a Fatal1ty Mouse Port connector as well as Key Master and XSplit 3 gaming software. This is the reason why the Fatal1ty X99 Professional Gaming board is USD 40 more expensive than the X99 Taichi.

There’s no information when these two ASRock products will be in stores.