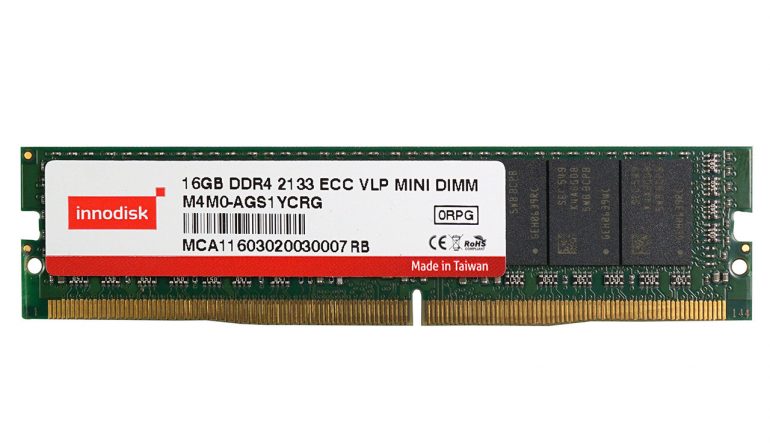 The maker of various memory products Innodisk has announced a new breed of DDR4 memory modules. The main feature of this new company product is that the memory modules in question are very small and this is why the new memory is known as DDR4 Mini DIMM.

One such memory module is just 82 mm long and 18 mm high. The modules have been designed for systems with little internal space, blade servers, network and communication equipment and more. Innodisk says these memory modules are a third smaller than SO-DIMM memory modules. Despite their dimensions the modules are capable – they offer a top capacity of 16 GB and run at up to 2400 MHz. The new Innodisk memory supports ECC and comes with a built-in thermal sensor for increased reliability and a special coating that protects the memory chips from dirt, water, humidity and other such harmful things.

Innodisk ships the new memory now. There’s no information how much it costs, though.