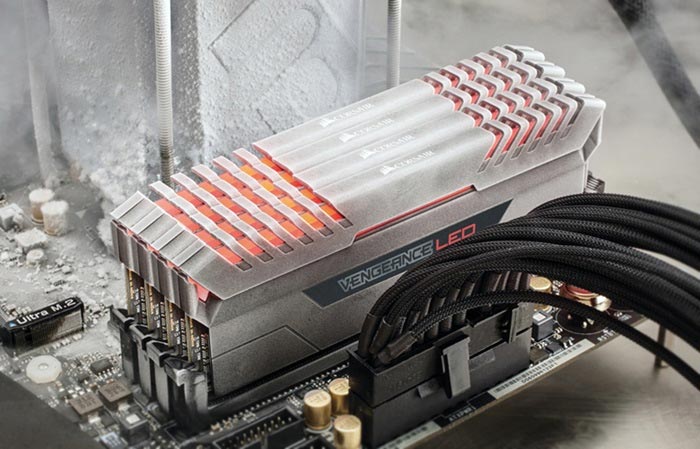 Corsair has announced the future market release of yet another brand of DDR4 memory – Vengeance LED DDR4. The main feature of this new memory is that it comes with integrated LEDs in white and in red colors.

The new memory has been designed for Intel-based systems on the X99 and 100 Series chipsets and offers blazing performance thanks to its clock speeds – the entire Vengeance LED DDR4 line includes memory modules that run at 2667 – 4333 MHz. The memory uses 10-layer PCBs and aluminum heat spreaders to take heat away, while the support for XMP 2.0 assures excellent performance. In fact Corsair believes the Vengeance LED DDR4 to be the company’s finest memory in more than 20 years of making computer memory.