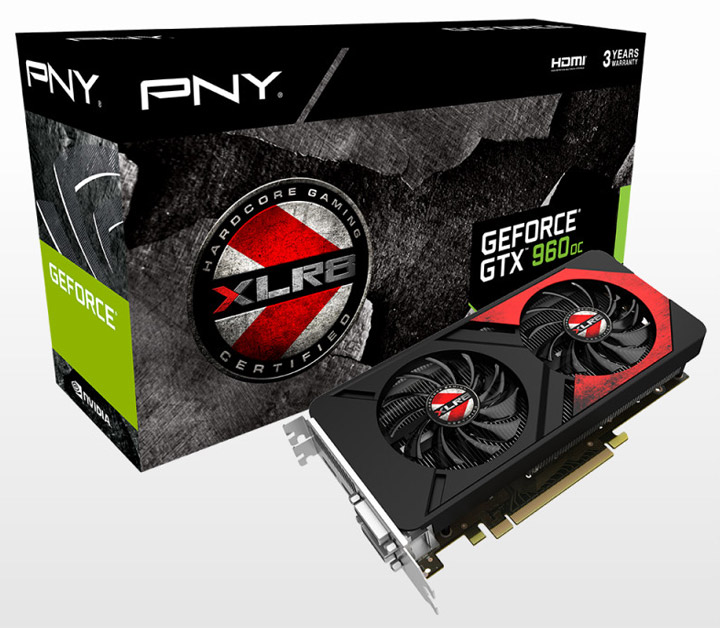 PNY has decided to refresh its GeForce line of graphics cards by releasing three new NVIDIA-based video solutions. Two of them feature GTX 960 GPUs, while the last card is a GeForce GTX 950 solution. All three models come factory-overclocked and promise excellent performance in modern 3D applications.

The new PNY GeForce GTX 960 cards are called GeForce GTX 960 XLR8 OC Gaming and the main difference between the two is the frame buffer they come with – there’s a version with 2 GB VRAM and a version with 4 GB of VRAM. They both have 1024 CUDA cores, a 128-bit memory bus, a dual-slot two-fan cooler and Dual-Link DVI/HDMI 2.0/DisplayPort 1.2 connectors in the back. The cards run at 1203 MHz for the GPU (1266 MHz Turbo) and at 7200 MHz for the memory and cost USD 256 for the version with 2 GB GDDR5 memory and USD 270 for the version with 4 GB GDDR5 memory. 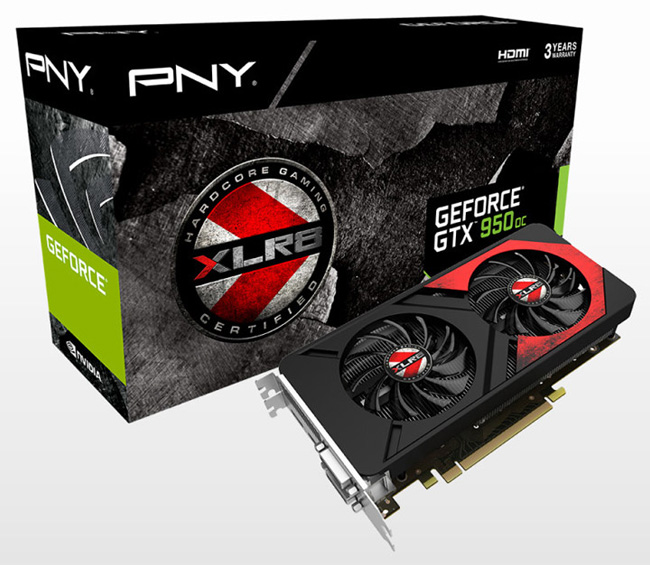 The third card is the PNY GeForce GTX 950 XLR8 OC Gaming – it sports the same GM206 GPU as in the GTX 960 cards but has 768 CUDA cores. The card runs its GPU at 1152 MHz (1342 MHz Turbo) and at 7200 MHz for the installed 2 GB of GDDR5 memory. An interesting fact is that PNY says that this overclocked card needs just 65W of power, which means you do not need an extra power connector.