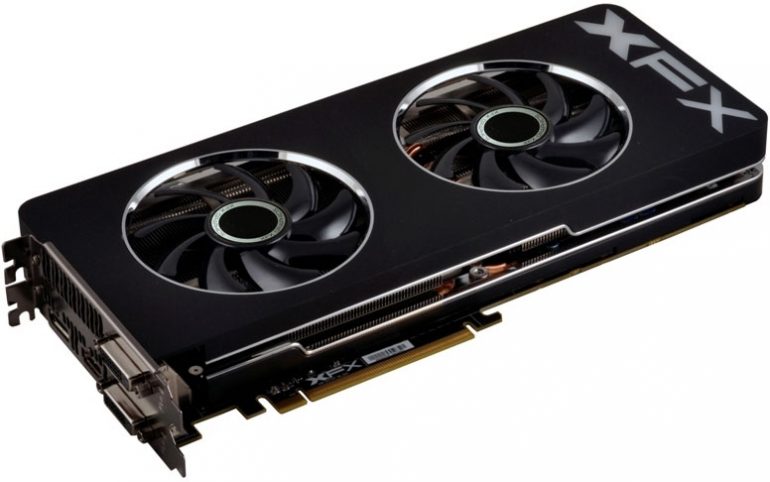 While everyone is busy discussing the upcoming Radeon R9 390X video card there are companies that are working hard to turn words into reality. True, what we will be getting is not the coveted R9 390X but a slower card but even then this will likely be the first AMD Pirate Islands video card to hit the market.

In other words XFX is working on a Radeon R9 370 card that that will be called Radeon R9 370 Core Edition (R9-370A-ENF). The new card will have a Trinidad Pro GPU (GCN 1.3), 2 GB or 4 GB of GDDR5 memory, a 256-bit memory bus and a Ghost 2 cooling system with one cooling fan. The card will need less than 130 watts of power and hence it will come with one 6-pin connector only. In addition the R9 370 Core Edition will offer HDMI, DisplayPort, Dual-Link DVI-I, and Dual-Link DVI-D ports.

The upcoming XFX video card is expected to be on the market in early April 2015.