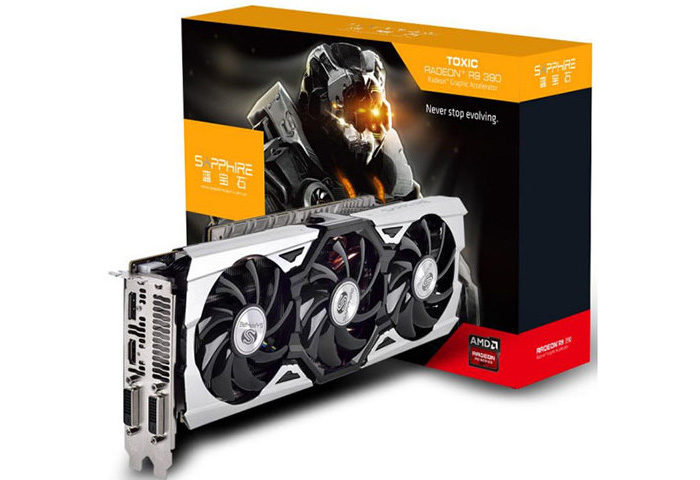 The manufacturer of various AMD-based video cards Sapphire Technology has released a new Radeon R9 390 video card that belongs to the company’s Toxic line. The main feature of this card is that it can turn itself in a Radeon R9 390X video card with the touch of a button.

The new Sapphire card comes with a high-performance cooler with three 90 mm fans and five copper heat pipes and factory-increased clock speeds – the core runs at 1120 MHz, while the memory operates at 7000 MHz effective. When the card runs as Radeon R9 390X, the overclocking margin is limited to 1150 MHz for the core and this has to be taken into account. The card comes with 8 GB of GDDR5 memory, 2560 stream processors, 160 TMUs and 64 ROPs and sports a 512-bit wide memory bus.

The new card is now available only in China, which is sad news for AMD fans around the world. The price of this new tech wonder is unclear.