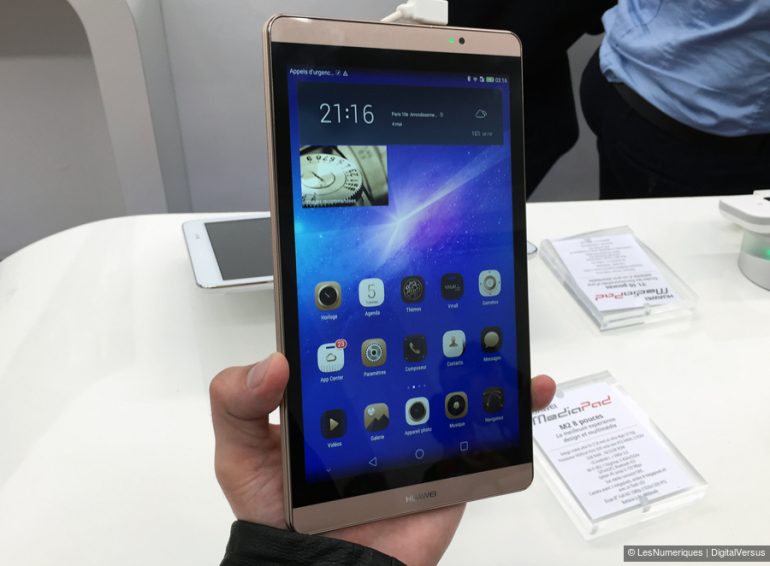 The Chinese Huawei has officially presented its new flagship tablet, which goes by the name of MediaPad M2. The new portable gizmo is just 7.8 mm thick and weighs 450 grams, which is definitely manageable.

The MediaPad M2 will run Android 5.0 Lollipop when it appears later this month. The device will be available in France first and then in other countries for a price of USD 390.