About a week ago LG mentioned a new tablet under the G Pad II 8.0 brand name that would soon hit the market in South Korea. Well, the device is here now.

The new G Pad II 8.0 tablet is the successor to the device with the same name, which debuted a year ago but unfortunately for hardware fans the G Pad II 8.0 does not bring a ton of improvements when compared to the last year version. For instance, the new tablet has the same 8.0-inch IPS display seen in its predecessor. The display works at 1280 x 800 pixels and has Gorilla Glass 3 protection, which is nice. Inside the G Pad II 8.0 has a Qualcomm Snapdragon 400 processor with four Cortex-A7 cores at 1.2 GHz and Adreno 305 graphics. The storage and RAM have been expanded, though, since the G Pad II 8.0 now comes with 1.5 GB of RAM and twice as much internal storage as before, which now amounts to 32 GB. The new device also has a microSD card slot, unlike before, which allows users to install memory cards with capacities of up to 128 GB. The tablet also has a 5 MP rear camera and a 2 MP front shooter, a full-sized USB 2.0 port and a 4200 mAh battery as well as support for GSM, 3G, LTE and various other peripheral devices thanks to the integrated USB 2.0 port. All the hardware is housed inside a nice, slim chassis.

The new LG G Pad II 8.0 tablet runs Android 5.1 Lollipop and offers various functions that include Qpair, Knock Code and Quick Memo. In addition to this the G Pad II 8.0 will also have a full version of Microsoft Office Suite. 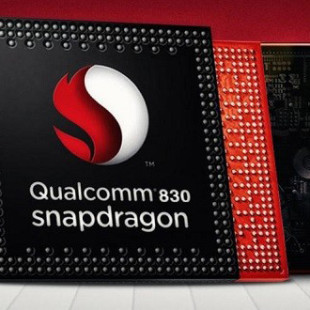 Qualcomm’s Snapdragon 830 will be a powerhouse

Qualcomm’s Snapdragon 820 SoC is one of the finest smartphone processors money can buy right now. The chip comes with four Kryo cores, Adreno 530 graphics, and support for LTE and 25 MP cameras. As you can see the chip has everything it will need to run modern mobile apps. The days of the...

Biostar, a well-known Taiwanese manufacturer of motherboards and other computer components, has shown a brand new motherboard based on Intel’s upcoming Z77 chipset, designed for the future Ivy Bridge processors which are expected in April 2012. The board, called TZ77XE4, features a LGA 1155...