The hardware specs on this tablet includes a 7-inch (800 x 400) LED backlit touchscreen, which supports both, stylus and touch input, a 512MB of RAM, 8GB of internal flash memory, Wi-Fi and Bluetooth connectivity and SD card slot. ViewBook 730 also has integrated speakers, a VGA front camera, mini-USB port and supports 1080p video playback via its HDMI interface. That all is powered by Android 2.2 (Froyo) OS and backed by a 5000 mAh battery enabling up to eight hours of operation. The tablet also offers full integration with Amazon Appstore. 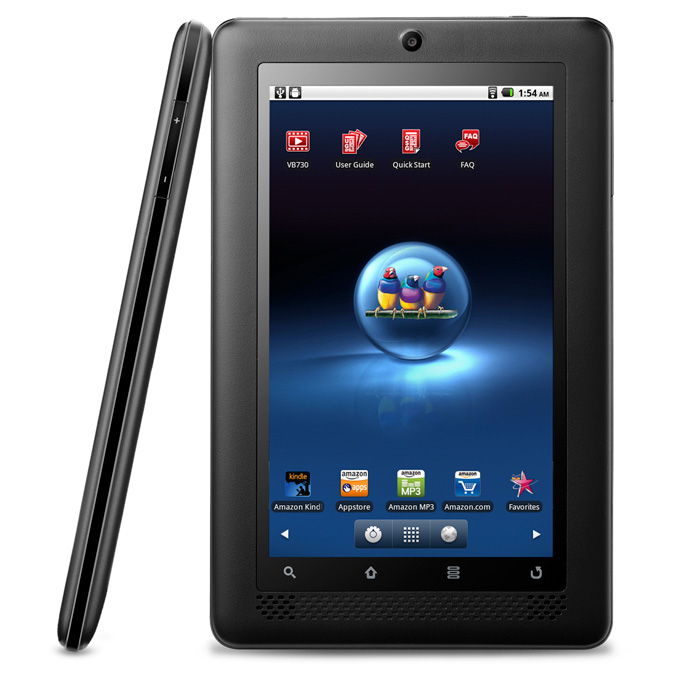