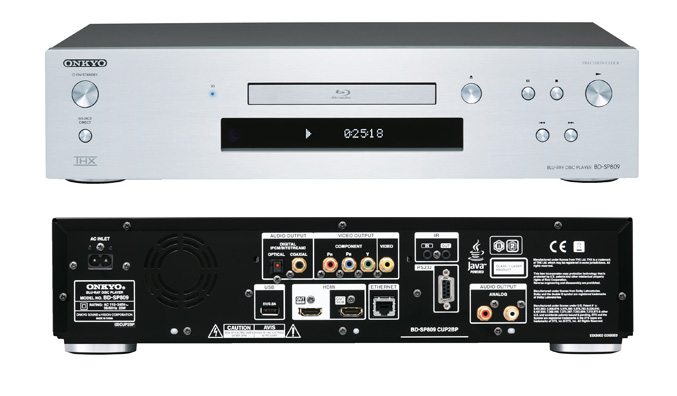 The BD-SP809 Blu-ray Player supports 3D-encoded Blu-ray Discs, as well as all the major types of CD and DVD – including those encoded with popular compressed formats such as DivX HD, MP3, and WMA, plus it has a USB port that enables users to play back audio and video files from an attached USB memory sticks. The player weighs over 6kg and incorporates separate blocks for video/audio circuitry, 19mm-pitch, gold-plated analogue audio outputs (for use with esoteric audiophile interconnects) and a vibration-reducing top cover. It has two HDMI outputs, which will allow you to switch between two connected displays and can be used to stream videos, music, and photos stored on a DLNA 1.5-certified media server. For fully audio enjoyment, DTS-HD Master Audio and Dolby TrueHD high-definition audio formats are also supported.

Onkyo BD-SP809 comes in black or silver variants and is set to be released this August for £499.