LG Electronics (LG), a worldwide technology and design leader in mobile communications, announces the launch of LG KP500 with an affordable introduction price never offered before. This attractively-priced full touch screen handset is complete with the latest touch technology and features found in the existing high-end full touch screen handsets currently available on the market.

“The feedback we receive from consumers around the world indicate that there’s more people who wish to try the latest touch screen phones,” said Dr. Skott Ahn, President and CEO of LG Electronics Mobile Communications Company. “We want to reach out to this group and LG KP500 is our answer to deliver a high quality full touch screen phone that is easy to use and much easier to afford. Within reach of many consumers, we hope that more people will experience the joy of using the latest touch screen technology with LG KP500.”

As a slim and stylish handset, the LG KP500 is a GSM phone which can operate in four frequency bands, giving it a far-reaching reception range, and upon its global release, the LG KP500 can be used in 39 languages. But no matter what language one speaks, the vivid and intuitive user interface of the LG KP500 is simple for anyone to understand with vivid icons on the wide 3 inch screen.

Keeping in touch with friends has never been easier as the LG KP500 has the latest UI that allows the user to attach a friend’s photo for the speed dial feature and then page through the portraits and touch the friend to be called. “We optimized the user interface to keep the tactile operations smooth and simple which is necessary when you’re opening up a new technology to a wide group of people,” said Skott Ahn. With such ease of use, LG expects to broaden the base of touch screen handset consumers around the world.

The LG KP500 has an embedded stylus pen concealed in the base that can be easily removed for the advanced handwriting recognition program that allows the user to write memos and text messages, and also edit photo images by touching the screen with the pen tip. The QWERTY onscreen keyboard slides into view when the LG-KP500 is held horizontally, and the auto rotating display always shifts images or documents for proper viewing no matter which way the handset is turned.

Also packed into the LG KP500 are motion sensor games that are played by turning, flipping, and shifting the handset for a more active and fun gaming experience. 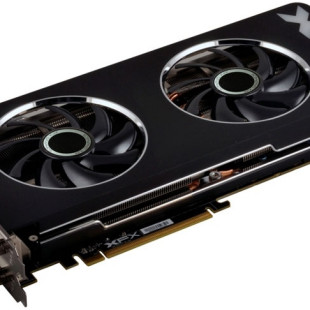 While everyone is busy discussing the upcoming Radeon R9 390X video card there are companies that are working hard to turn words into reality. True, what we will be getting is not the coveted R9 390X but a slower card but even then this will likely be the first AMD Pirate Islands video card to...

Acer is one of the first computer companies to react to the recent release of Intel’s latest 22 nm Ivy Bridge processor and now the company offers several new Ivy Bridge-based desktop systems. First in the line is the powerful Acer Predator AG3620, which targets gamers and includes a fast...