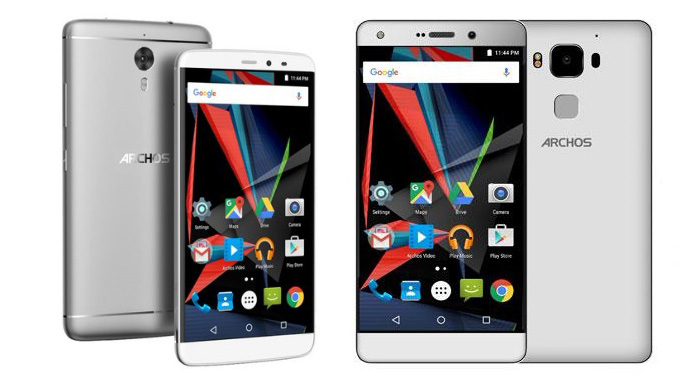 The French smartphone maker Archos is known for making unusual handsets that look really nice and surprise with great tech specs. All this does not cost an arm and a leg and maybe that’s why the company’s devices are really popular in various countries around the world.

We will start with the Diamond 2 Plus, which comes with a large 5.5-inch display that works at Full HD resolution and that offers a high pixel density of 400 ppi. The device tempts with a powerful MediaTek Helio P10 SoC with eight 64-bit Cortex-A53 cores, half of which run at 2 GHz, while the other four operate at 1.2 GHz. The chip also has a Mali-T860MP2 GPU that runs at 700 MHz. Inside the Archos Diamond 2 Plus is equipped with 4 GB of RAM, 64 GB of internal memory, a 4G LTE Cat 6 modem, a fingerprint sensor and a USB Type-C connector. The smartphone also has a 20 MP Sony image sensor in the back that can record video at 1080p, a nice 8 MP front camera and a 3000 mAh battery. The device measures 148.3 x 73.8 x 8.3 mm and weighs 130 grams. All this hardware costs just USD 229, which makes the Diamond 2 Plus a high-end smartphone dressed in a mid-range price.

Both smartphones run Android 6.0.1 Marshmallow. The handsets will be on the market in May.