Windows 8 to use new logotype

It appears that the famous flag-waving Windows logo will retire with the release of the upcoming Windows 8 operating system.

Microsoft has confirmed that Windows 8 will arrive with a new logotype that will have little in common with the symbol that we have seen for decades. The change represents the company desire to move ahead with times. The first step will be the introduction of the radically new Metro user interface, which will be the biggest change in the Windows graphical user interface since the introduction of Windows 95 and the demise of the command line interface of DOS. According to Microsoft, the new Metro interface will allow for a more interactive environment for the user and better usage of the Windows desktop space.

As to the new logotype – it will be flat, having lost all previous colors. Instead it will use a new dark bluish color that adds to the new look and feel of Windows 8.

Samsung Electronics, one of the world's foremost makers of mobile phones, announced a sleek, tactile new mobile phone, the powerful Samsung Shark range. The first devices in the range, the candy bar Shark (S5350) and slider phones, devices Shark 2 (S5550) and Shark 3 (S3550), will be available... 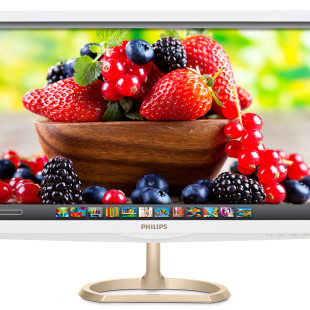 Philips has announced the world’s first quantum-dot PC monitor at an event, held in China. The monitor offers a 27-inch display and carries the model name 276E6ADS. The Philips 276E6ADS is the result of collaboration between Philips Monitors and QD Vision. It works at Full HD resolution and...