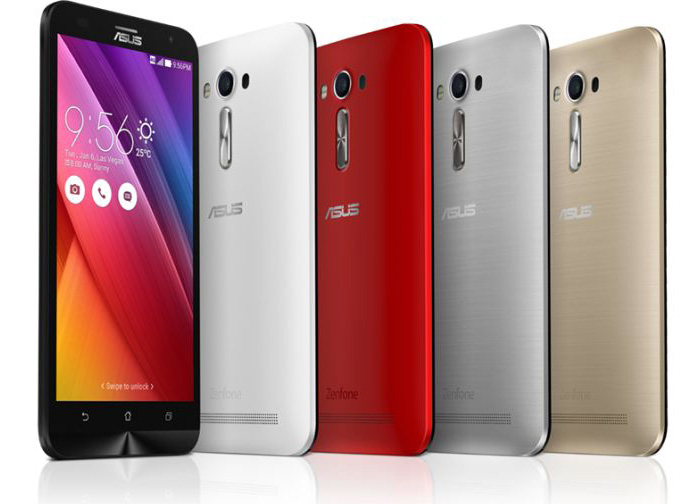 Just like in the PC world, things in the world of smartphones change quickly and manufacturers have to update their devices or release new ones to stay competitive. ASUS has just done this with its Zenfone 2 smartphone, which appeared back in January 2015.

The new ASUS smartphone is called Zenfone 2 Laser and is closer to the USD 199 version of the Zenfone 2. The new device comes with several important enhancements that include Gorilla Glass 4 protection, 3 GB of RAM, laser autofocus and Bluetooth 4.1 The chip inside the smartphone has been replaced as well – the Zenfone 2 Laser has the Qualcomm Snapdragon 617 octa-core processor at 1.7 GHz (four cores function at 1.0 GHz) and PowerVR G6430 graphics instead of the Adreno 405 GPU. The smartphone, however, keeps the same 5.5-inch IPS display at 1080p resolution but now has Gorilla Glass 4 protection instead of Gorilla Glass 3. The reason why the word “Laser” is in there is that the Zenfone 2 Laser’s 13 MP rear camera now features a fast laser autofocus that can be seen in LG’s G3 and G4 smartphones. The laser dramatically improves the picture quality, while the laser autofocus process becomes both very precise and fast. Apart from this, the 13 MP shooter also has an f/2.0 aperture, 5-element Largan lens, dual-tone LED flash and support for 1080p video recording at 30 FPS. The front camera is again a 5 MP unit but this time it has autofocus unlike before.

The new Zenfone 2 Laser will be in stores by the end of the month. The 16 GB version is expected to sell for USD 199, while the 32 GB version will be yours for USD 249.