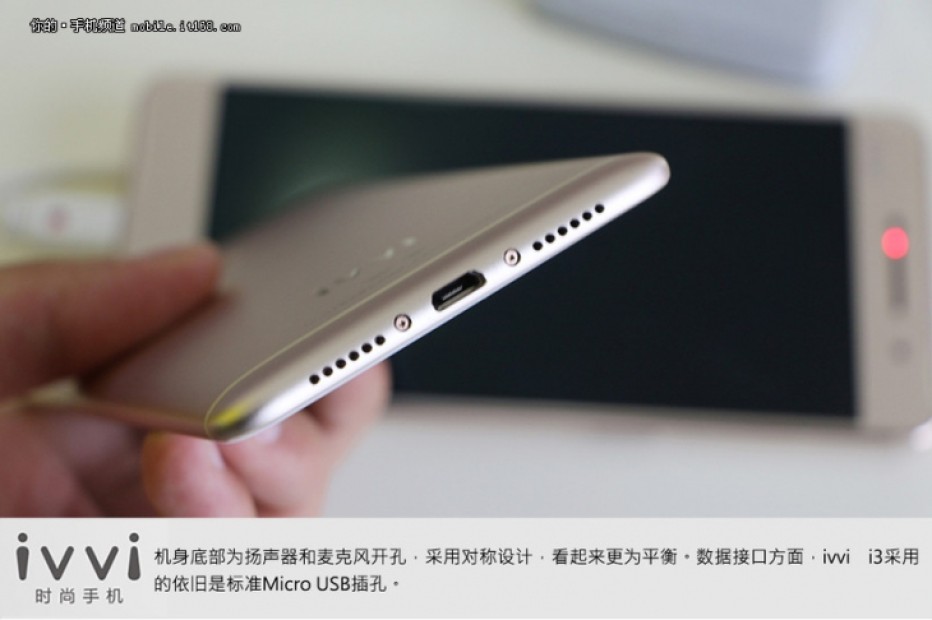 Ivvi i3 is the first smartphone with Snapdragon 430

Ivvi is not the most popular smartphone maker but this company is well known in Asia with its super thin smartphones. For instance, the company has just launched a new handset called Ivvi i3 and this device is just 6.55 mm thin. As a comparison Oppo’s R9 is 6.6 mm thin and believe us this is one very delicate smartphone.

The Ivvi i3 is also interesting because this is the first smartphone in the world to come with the Qualcomm Snapdragon 430 SoC. This chip was announced in September 2015 and it is now that this SoC starts appearing in smartphones. The Snapdragon 430 comes with four Cortex-A53 cores that run at 1.4 GHz and four Cortex-A53 cores that operate at 1.1 GHz. The chip also houses an Adreno 505 GPU and supports LTE Cat. 4. Despite the fact that the Snapdragon 430 is not the fastest chip Qualcomm has, Ivvi has equipped the new smartphone with 4 GB of RAM to boost performance. In addition to this the smartphone offers three storage options – 32 GB, 64 GB and 128 GB – that can be further expanded via a microSD card (up to 128 GB). The display of the Ivvi i3 disappoints somewhat – it measures 5.2 inches but works at 720p only. Furthermore the smartphone has a 13 MP rear camera with PDAF and an 8 MP front camera with Intelligent Beauty 2.0 software. The rest of the specs include a 2450 mAh battery, the usual connectivity options and Android 6.0 Marshmallow. While you may not be really impressed by the specs of the Ivvy i3, the device comes housed in a really beautiful metallic chassis with an arc design. Ivvi has used 99.2 per cent metal for the body, which means there’s very little plastic inside the smartphone. Moreover, Ivvi has designed the smartphone to be very symmetrical – the camera is in the middle, while the flash and the installed fingerprint sensor are placed at the center of the back cover. The front side is also simple – it features on-screen buttons and the front camera and sensors are situated on top.

LG has started sales of the newly introduced Optimus L3 smartphone on the European market. The Optimus L3 is a new budget smartphone that packs good looks and decent hardware for a reasonable price. The Optimus L3 measures 102,6 x 61,6 x 11,85 mm and arrives with a 3.2-inch QVGA display...

Cooler maker Thermalright has decided to create a bigger sibling of the AXP-100 CPU cooler. Not surprisingly the new company product will be known as AXP-200. The new CPU cooler will be similar to the original AXP-100 but will be a bit bigger measuring 153 x 140 x 60 mm and weighing 475... 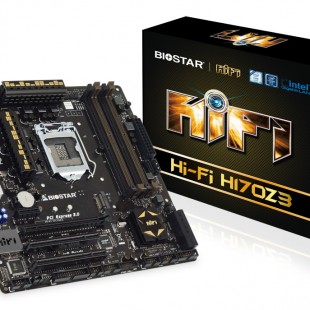 The ability of Intel’s Skylake processor to work with DDR4 or DDR3(L) memory is well-known but until now few motherboard makers have released boards that support both DDR3 and DDR4 memory. Fortunately for people who want to keep their DDR3 memory sticks, yet get a Skylake chip, Biostar has...