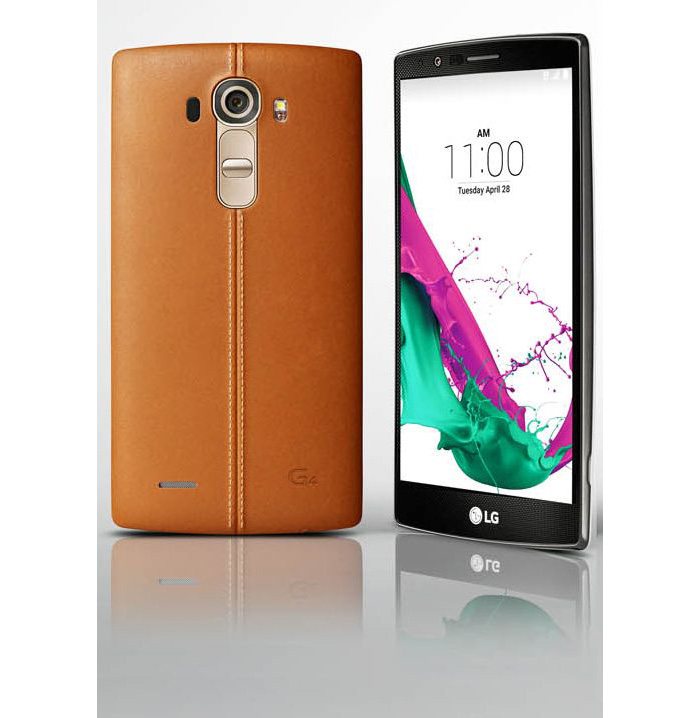 LG has officially presented its new G4 flagship smartphone at a special LG event. The new smartphone comes packed with new features including a rather interesting processor so read on to find out more!

We’ll start with the chassis of the G4 as this is the thing that you will see first. The G4 features a curved design that, according to LG, makes it easier for the end user to hold and use the smartphone. The G4 also has a specially designed display with an ability to bend up to 20 per cent which means that in case you drop the smartphone the chance of having the display survive is higher.

In the back the G4 offers leather that is colored with 100 per cent natural colors, which means that one day when you discard this smartphone, nature will not suffer from poisonous paints. People who do not like using leather can have the smartphone with a ceramic back panel instead. The G4 comes with a large 5.5-inch sensor IPS display at 2560 x 1440 pixels (538 ppi) that features improved tech specs – the display offers improved colors by 20 per cent, 25 per cent better brightness and 50 per cent more contrast compared to the LG G3. Inside the G4 offers a Qualcomm Snapdragon 808 processor with two ARM Cortex-A57 cores at 1.82 GHz and four Cortex-A53 cores that run at 1.44 GHz. The chip features Adreno 418 graphics at 600 MHz and support for LTE and there are 3 GB of RAM, 32 GB of internal memory, a microSD card slot for expansion, one front 8 MP camera, one rear 16 MP camera, Wi-Fi 802.11ac , Bluetooth 4.1, NFC, a USB 2.0 port, HSPA+ and a removable 3000 mAh battery. The G4 measures 148.9 x 76.1 x 6.3-9.8 mm and weighs 155 grams. Finally you get Android 5.1 Lollipop and MirrorLink technology that allows users to use the smartphone via an automobile’s entertainment system display.

The G4 will be on the South Korean market by the end of April with other markets getting it soon. The price of the device was not announced but the G4 will not be cheap for sure.

LG gets a new smartphone ready