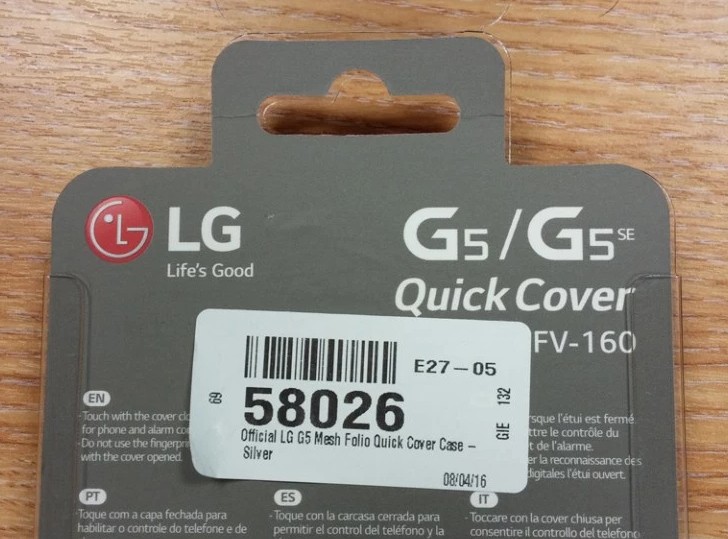 A new smartphone accessory has become a serious hint that LG is working on an LG G5 SE smartphone that will likely have the task to compete with the recently launched iPhone SE device.

The accessory is called Quick Cover Case and it mentions compatibility with both the LG G5 and LG G5 SE. The item has been seen at Mobile Fun, which happens to be a major online retailer. The company has gotten the accessory straight from LG, which also hints that LG has intentionally leaked this information. The LG G5 SE, however, may turn out to be a device that is even larger than the G5 and perhaps even more powerful, which contradicts the idea that this smartphone will compete with the iPhone SE.

This is a story in progress so we will be back to it when we have more information but in any case it is exciting to know that a smartphone called G5 SE is on its way to us.