The Korean tech company LG plans to release a new budget-oriented smartphone under the Magna brand name. According to the information that we have the Magna will measure 139.7 x 69.9 x 10.2 mm and will offer a 5-inch sensor display at 720p resolution (1280 x 720 pixels, 294 ppi).

The smartphone will be based on an unknown quad-core processor at 1.2 GHz or 1.3 GHz and will have 1 GB of RAM, 8 GB of internal memory, a microSD card slot, one rear 8 MP camera, one front 5 MP camera, Wi-Fi, Bluetooth, LTE and HSPA+ and a 2540 mAh battery. Once released the Magna will run Android 5.0 Lollipop. The price of the smartphone is unclear as of now, though.

Along with the Magna LG also announced three new smartphones – the Spirit, the Leon and the Joy. They have 4.7-inch, 4.5-inch and 4-inch displays, respectively with the Spirit having an HD display, while the rest have low resolution displays. The three models run Android 5.0 Lollipop and have support for LTE

All new LG smartphones will be demonstrated at MWC 2015, which starts next week. 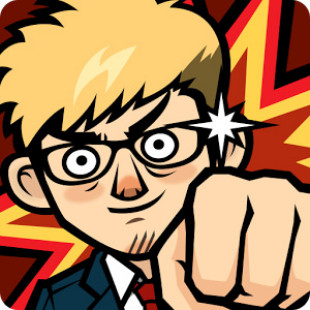 Office Rumble is an Android game that we have never seen or heard of before. Don’t get us wrong – we haven’t heard of it because we haven’t reviewed it – but there is more to this app. The thing is that it has been designed from the ground up to be a stress reliever game where you can beat your...

LG Electronics revealed its highly portable S210 notebook at the Korea Electronics Show. Despite the small size, the notebook packs a lot of power when compared to other notebooks in the same category. The 12.1-inch S210 features a fast 2.43GHz Intel Core 2 Duo processor, 4GB RAM and an...

The HTC One X has been rumored to suffer Wi-Fi connectivity problems ever since it was launched some weeks ago but now the rumors have become an official confirmation by HTC with the company also saying it is working on a fix. Actually there’s a fix already – last week the Taiwanese...