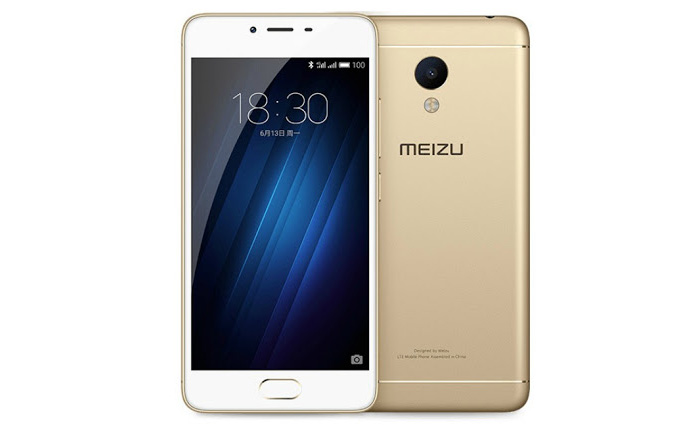 The Chinese smartphone maker Meizu has announced one more smartphone under the M3s Mini brand name. The new communicator comes to us housed in a metallic chassis and its main mission, apart from impressing customers, is to retire the older Meizu M2 Mini smartphone.

The newcomer does impress – this compact smartphone features a 5-inch sensor display that works at 1280 x 720 pixels and that features 2.5D technology. The smartphone is based on a MediaTek MT6750 processor with eight Cortex-A53 cores that run at 1.5 GHz and has Mali-T860 graphics, 2 GB or 3 GB of RAM, depending on the modification as well as 16 GB or 32 GB of internal memory that can be expanded. The M3s Mini supports two SIM cards but the second card slot is universal and can also house a microSD memory card with a capacity of up to 128 GB. In the back the device has a 13 MP camera with quick focusing, a LED flash and support for Full HD video recording. Up front the Meizu M3s Mini has a 5 MP front camera with a wide-angle lens and various image filters. The handset, which measures 141.9 x 69.9 x 8.3 mm, houses a 3020 mAh battery that makes the entire device weigh just 138 grams. According to Meizu the battery lasts for up to two days and can be recharged via a microUSB port. As expected the M3s Mini comes with support for Bluetooth 4.0 LE, LTE, 802.11n Wi-Fi, a GPS receiver and support for the Russian equivalent called GLONASS. The M3s Mini runs an unknown version of Android (most likely Android 6.0 Marshmallow) under the Flyme user’s interface.