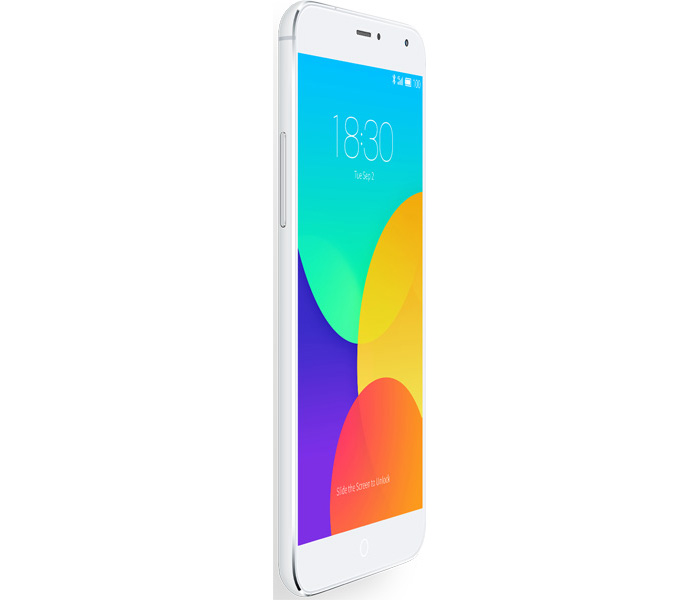 The Chinese smartphone maker Meizu has officially presented the long-awaited MX4 flagship smartphone. Up until this moment the device was in the news numerous times with many web sites and sources trying to guess its tech specs.

So here they are – the MX4 has a large 5.36-inch IPS display with an aspect ratio of 15:9, which is rather unusual. The display works at 1152 x 1920 pixels and features 500 cd/m2 of brightness and an 1100:1 contrast ratio. Gorilla Glass 3 provides complete protection for the display and the rear camera too.

The Meizu MX4 is powered by a MediaTek MT6595 SoC that has four ARM Cortex-A17 cores at 2.2 GHz and four ARM Cortex-A7 cores at 1.7 GHz. A PowerVR G6200 GPU provides graphics. The provided Core Pilot technology allows the chip to turn off four cores on the fly depending on the chip load. Thus the more powerful Cortex-A17 cores handle heavy tasks, while the Cortex-A7 cores handle easier duties. This allows the MX4 to provide 30 per cent and 75 per cent more battery life than its predecessor, respectively.

The Meizu MX4 can now be ordered in China but the device will be on the market on September 20. The 16 GB model will sell for EUR 225, the 32 GB model costs EUR 250 and the 64 GB version can be yours for EUR 300. Unfortunately as of now it is not clear if the MX4 will become available in other countries.