Nokia announced the Nokia 6788, its first device for TD-SCDMA – China’s domestic 3G standard, at an event in Beijing. The Nokia 6788 is the result of close collaboration between Nokia and the world’s largest mobile phone operator, China Mobile.

Speaking at the event, said Olli-Pekka Kallasvuo, CEO of Nokia: “Nokia sees TD-SCDMA as being central to the successful evolution of 3G in China, and so is fully committed to this 3G standard. With a wide range of integrated China Mobile applications, the Nokia 6788 marks a new level of collaboration with China Mobile and offers enriched experiences to China’s 3G users. Nokia plans to introduce more TD-SCDMA phones in the near future, further boosting the development of this 3G standard in China.” 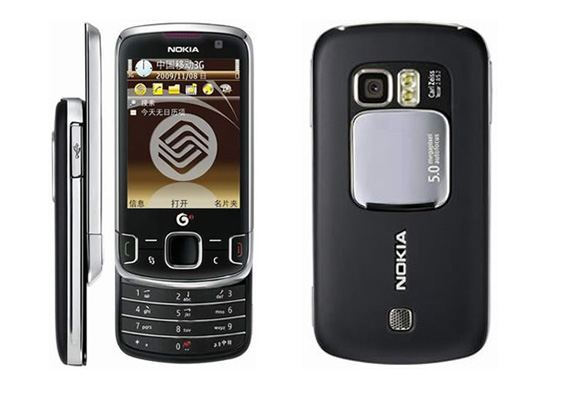 “We are excited to see the launch of Nokia 6788,” said Mr. Lu Xiangdong, Vice President of China Mobile Communications Corporation. “With extensive experience in the China market, Nokia will provide Chinese consumers with TD-SCDMA solutions that are perfectly catered to their needs. Such cooperation between the world’s largest operator and the world’s leading mobile phone manufacturer will provide an important boost to the development of TD-SCDMA in China.”

The Nokia 6788 is specifically designed for China Mobile’s network and offers rich data services. It is an all-in-one device that provides its users with faster Internet speeds and download times. Featuring a 5-megapixel (2592 x1944) camera with a dual-LED flash, a 2.8″ QVGA display, and the hugely-successful Symbian S60 platform, the Nokia 6788 allows people to instantly share the things that matter to them most.

Keecoo K1 is a smartphone for women