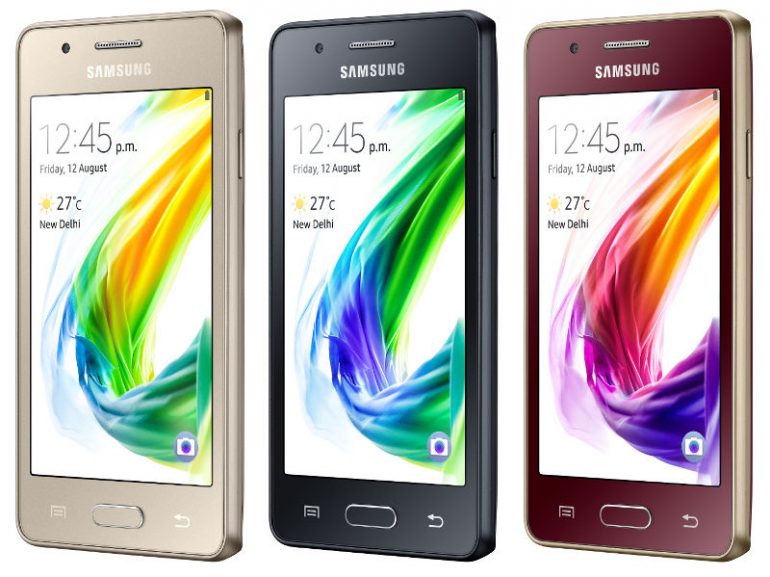 Samsung has unveiled the Z2 smartphone, which runs the Tizen OS. As you may probably remember we wrote a few articles on the device several weeks ago.

However, chances are you will not get to see the Z2 smartphone around unless you live in India. Yes, the Z2 targets the large Indian market where Samsung wants to get as many customers as possible with a rather low price – the Z2, which runs Tizen 2.4, sells for just USD 69. The device is not a powerful one, though – for this much money you get a 3.97-inch display, an unknown quad-core Spreadtrum processor, support for LTE (which is nice), 1 GB of RAM and 8 GB of internal memory. There’s also a microSD memory card slot if you want to expand the internal memory. The Z2 also has a 5 MP rear camera and a 0.3 MP unit up front. The handset gets powered by a 1500 mAh battery but given the specs of the device, the battery should do a decent job.

Despite the usage of the Tizen 2.4 OS, the Z2 comes with several interesting apps that ease life in India. The first one is called My Money Transfer, which makes money transfers between accounts easier. There’s also the S Bike Mode app, which targets bicycle riders in India and there are millions of them there. In addition the Samsung Z2 smartphone comes with support for the twelve most popular languages in this large Asian country.

The Z2 will be available on August 29 in red, black and gold colors.