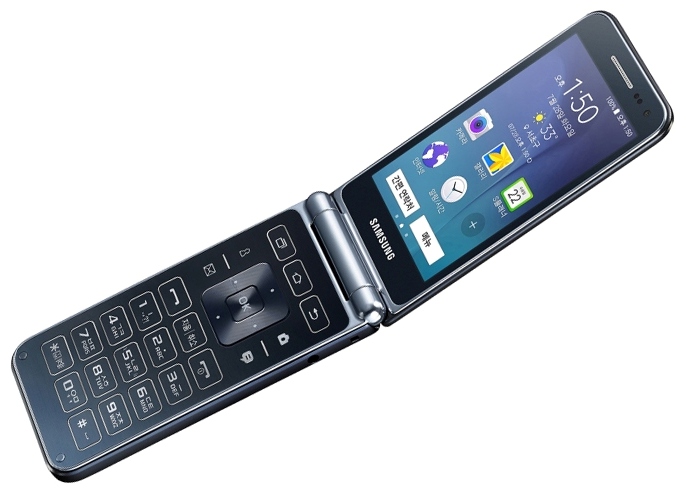 The device has been leaked on GFXBench and this is how we know that it exists. Moreover we have a glimpse at its tech specs. According to the leaked information the new Galaxy Folder smartphone will be improved nearly everywhere save for the display (which will remain a 3.8-inch one at 800 x 480 pixels) and the camera, which will be the same 8 MP unit seen in the Galaxy Folder 2015 edition.

The rest of the specs have been improved so the new version will come with 2 GB of RAM, a Snapdragon 425 processor with four cores at 1.4 GHz, 16 GB of internal memory, a 5 MP front camera and Android 6.0.1 Marshmallow.

It is unclear right now when the new Galaxy Folder smartphone will be out and how much it will cost.