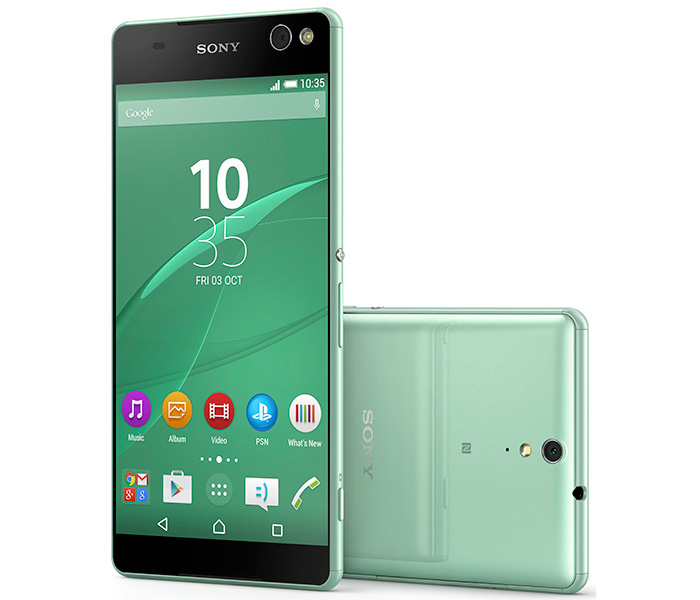 Sony has officially presented the Xperia C5 Ultra smartphone that we reported on a few days ago. Back then the device was said to be without bezels but is this true after all? We will find out now.

In fact the Xperia C5 Ultra won’t disappoint you. We can say that the handset is bezel-free since its display covers nearly everything that you will see on its front side. The smartphone has a 6-inch display at Full HD resolution and uses the Sony Mobile BRAVIA Engine 2 technology to further improve the images on the display. It also has two 13 MP cameras, rear and front, which have the same Exmor RS sensor, autofocus, LED flash, Auto Scene Recognition mode and support for HDR video recording. The cameras are wide-angle as well – the front camera has 88-degree viewing angles for taking the perfect selfie with some friends of yours, while the rear camera offers 80-degree viewing angles. The smartphone is powered by the MediaTek MT6752 processor, which packs eight Cortex-A53 cores at 1.7 GHz. The handset also has 2 GB of RAM, 16 GB of internal memory, a microSD card slot for expansion, LTE, Android 5.0 and a 2930 mAh battery. It measures 164.2 x 79.6 x 8.2 mm and weighs 187 grams.

Stick Hero – how far can you go?