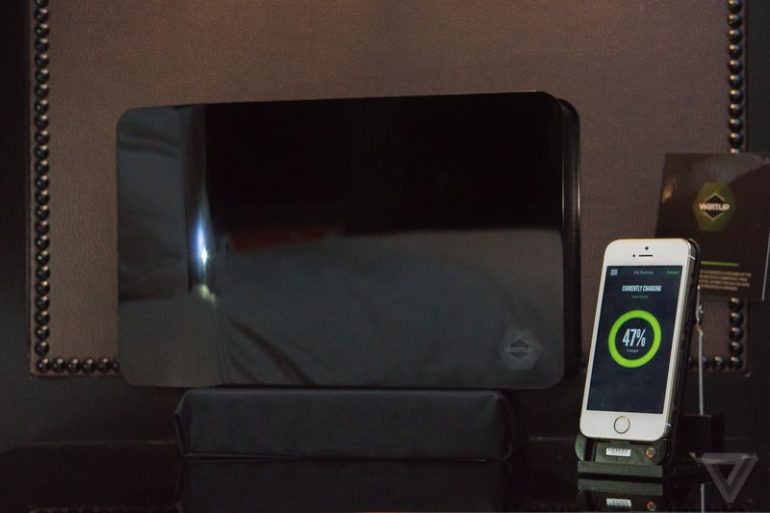 Wireless charging is a nice thing to have – you will not have to deal with cables when you want to charge your smartphone but as with everything else in life this technology is not free of drawbacks – for example you must position the smartphone in the charging pad very precisely or it will not charge, moreover you cannot charge more than one device at once.

Now a solution to these problems seems to be on the horizon. It comes from a US company called Energous and is in fact a charging transmitter that can charge a device wirelessly within a 15-foot radius. The device has a few peculiar features – thus the closer a device is to the transmitter, the faster it will charge and the further away it is, the slower it will charge. The charging speed also decreases if you are charging more than one device at once, but you can indeed charge more than one gadget if such a need arises. In theory, however, if your smartphone is within the 15-foot radius all day long it will be charging all the time so you should not have any battery-related problems.

The technology, called WattUp may later be directly built into a phone, a wireless speaker and any other device that needs battery power. In order to use it, however, you will have to buy a WattUp battery pack which should be on the market by the end of 2015 after being improved here and there but the good news is that one such pack should not cost more than a regular battery pack. In addition you will need a transmitter that will set you back with USD 300 but then again it may become cheaper by the time it comes to market. Furthermore the transmitters that will be released will come in various forms and shapes – thus you will be able to have a basic one by your bed, a larger transmitter in your conference room and even bigger ones in stores.

We’ll see what happens down the road but the new technology does sound very promising. If everything goes well in a year or two we will all forget about cables and power adapters when we have to charge our smartphones and this is always something nice.