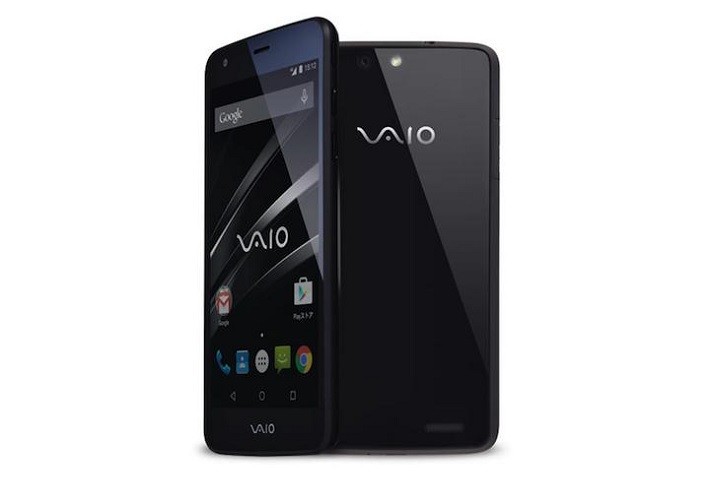 A new day, a new smartphone – this is how we can summarize the current situation on the smartphone market. As with everything else the abundance of smartphones has its positive effects – you can choose among hundreds of different models, but then again there are downsides too – choosing the right smartphone has become a tough task. Well, we aren’t going to make things easier now but we feel you should know of VAIO’s first smartphone…

We can sense the confusion now – well, this isn’t Sony’s VAIO brand but a different smartphone maker. You may remember that in an attempt to cut losses and become profitable Sony sold its VAIO business in early 2014. Well, someone has picked the VAIO brand for smartphones and now has their first device out.

The new and first VAIO smartphone is simply called VAIO Phone and packs more than decent specs. The phone will shock you with something else, though – it looks like the Panasonic Eluga U2 handset, so we can say the VAIO Phone is simply a replica. The specs inside the phone may save the day, though – the VAIO Phone is based on a 5-inch IPS LCD display at 720p resolution (1280 x 720 pixels) and has a quad-core Snapdragon 410 processor at 1.2 GHz, Adreno 306 graphics, 2 GB of RAM, 16 GB of internal memory, a microSD card slot for expansion, support for LTE, one 13 MP rear camera, another 5 MP front camera, Android 5.0 Lollipop and a 2500 mAh battery. Even then the VAIO Phone is again a copy of the Eluga U2.

Unfortunately things will not get better with the end of this article – the VAIO Phone is available only in black and features a plastic chassis. As to its dimensions the device measures 141.5 x 71.3 x 7.95 mm and weighs 130 grams. Finally the VAIO Phone will sell for USD 420 in Japan, which is much more than what the Panasonic Eluga U2 (USD 254) sells for. The new VAIO phone will be available in Japan as of now and will likely appeal only to people who are fans of the VAIO brand, yet they want to have a Panasonic smartphone. Such people are not that many so we somehow doubt the VAIO Phone will be a successful device.