CEO of Guild Software, John Bergman, said that they are very excited to be among the first to bring a Windows-Based PC style MMO experience to a low-power mobile platform with an amazing battery life. He also stated that the potential for people to enjoy an engaging multiplayer game while relaxing outside could represent a compelling new use-case for these highly portable devices.

Vendetta Online for Android is expected to be released later this year.

AMD seems to be winning the integrated GPU competition against Intel for a second time in a row with its new Trinity APU. Llano was the first AMD APU known for offering a great integrated GPU, which in most cases was able to offer playable frames per second for most games unlike Intel’s... 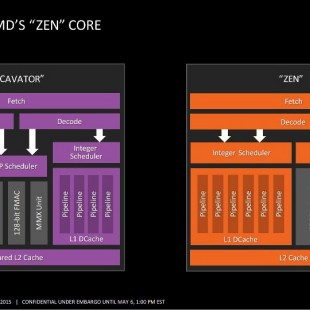 The information that AMD works on entirely new processor architecture, called Zen, is hardly any news nowadays but until this moment we have had scarce information on the upcoming piece of silicon. This will now change as AMD has leaked, perhaps on purpose, a slide, which describes the upcoming...