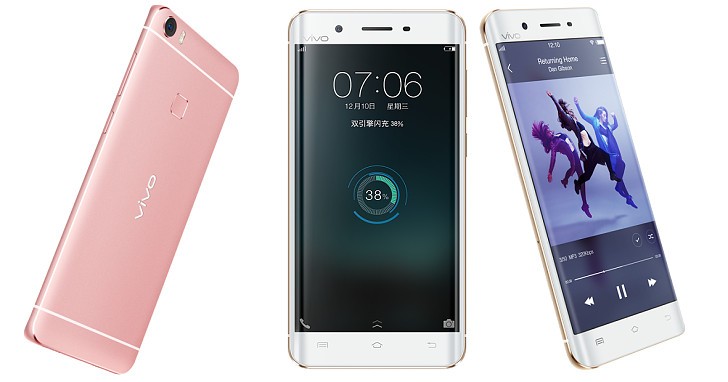 Vivo unveiled the Xplay 5 Elite smartphone, which we mentioned a few days ago, on March 1, as promised, making the device the first smartphone in the world to come with 6 GB of RAM. The device has been unveiled during a special press-conference and a nice touch is that along with the Xplay 5 Elite version, there’s another one called just Xplay 5.

The Xplay 5 Elite comes with a metallic chassis and a curved 5.43-inch display that works at Quad HD resolution and that sports Gorilla Glass 4 protection. Inside the smartphone has a Snapdragon 820 processor, the aforementioned 6 GB of RAM, 128 GB of internal memory and a specialized Hi-Fi 3.0 audio system that is powered by ES9028 and OPA1612 audio chips. In the back the Xplay 5 Elite has a 16 MP camera with a Sony IMX298 image sensor, a dual-LED flash and autofocus and up front the device has an 8 MP camera. The smartphone has support for two SIM cards and offers 4G LTE and a 3600 mAh battery as well as a fingerprint sensor that is situated in the back. The Xplay 5 Elite runs Android 5.1 Lollipop under a user’s interface called Funtouch. The device will be in Chinese stores on March 8 and will sell for around USD 655.

The Xplay 5 is a lighter version of the Xplay 5 Elite. The smartphone has 4 GB of RAM and a Snapdragon 652 processor. The audio chips have been changed too – the Xplay 5 has CS4398 and AD45257 audio chips. This smartphone will be in stores on March 8 as well and will sell for around USD 565.