JVC unveils the world’s smallest 4K2K ultra high definition projector, the DLA-SH4K. Based on the company’s new proprietary 1.27-inch 10 megapixel D-ILA devices, the DLA-SH4K projects images at greater than 4 times the resolution and clarity of the industry’s latest full high definition projectors. The higher resolution will bring a new level of reality to aircraft simulators, medical analysis, 3D display, command and control, museums, theme parks, and ultra high-end home theaters.
The DLA-SH4K will be unveiled at CEDIA September 3 – 6, 2008 and will be on display throughout the show in the JVC Theater located at The Denver Center for the Performing Arts next to the Denver convention center.

The projector’s chassis achieves a remarkable 65% reduction in size compared with conventional projectors in its class. This was achieved in part by using JVC’s latest 1.27-inch Direct Drive Image Light Amplifier (D-ILA) devices and a new optical system. D-ILA is a proprietary form of Liquid Crystal on Silicone (LCOS), a reflective technology that offers far greater pixel density than competing devices.

The D-ILA devices used in the DLA-SH4K provide a native 4096 x 2400 resolution-multi-screen display modes that allow users to view up to four Full HD screens at a time. A new optical design featuring an 825 Watt Xenon lamp generates a light output of 3500 ANSI Lumens and features adjustable lamp power that ranges from 825 to 660 watts.

Two DLA-SH4Ks can be stacked for increased light output. In addition, the projector can be inclined up to a ± 90-degree tilt angle and has a horizontal lens shift of ±25% and vertical shift of ±50%, which enables flexible installation.

The DLA-SH4K includes DVI-D (dual-link) x 4 input terminals that accept a wide variety of input resolutions. In addition to the RS-232C and USB connections, an Ethernet interface makes adjustment and installation from web browsers on PCs possible. Furthermore, networking allows multiple projectors to be operated with a single PC and an email function also enables the sending out of error messages and lamp replacement reminders.

Today Sony Ericsson announces the Sony Ericsson Elm phone, the Sony Ericsson Hazel phone and the Bluetooth™ Noise Shield Handsfree VH700, the newest additions to the company’s GreenHeart™ portfolio. The two mobile phones and one accessory provide consumers with an expanded range of products to...

While skiing imagine that instead of two edges, you had four! That's the idea behind the Twin Parabolic Ski. Designer: Charlie Pyott Charlie has explained his idea with a lot of passion and flair: “The ski concept was purpose built for racing. Skis and... 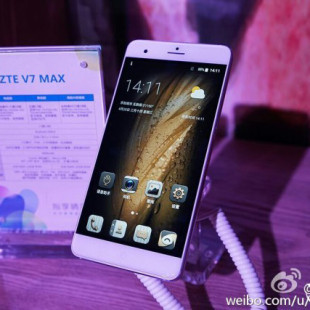 ZTE has announced one more smartphone just a day after the Chinese company presented the Nubia Z11 Mini handset. The new communicator is called V7 Max and comes with mid-range specs that do not leave any doubt what market niche the smartphone is targeted at. The V7 Max is not related to the...