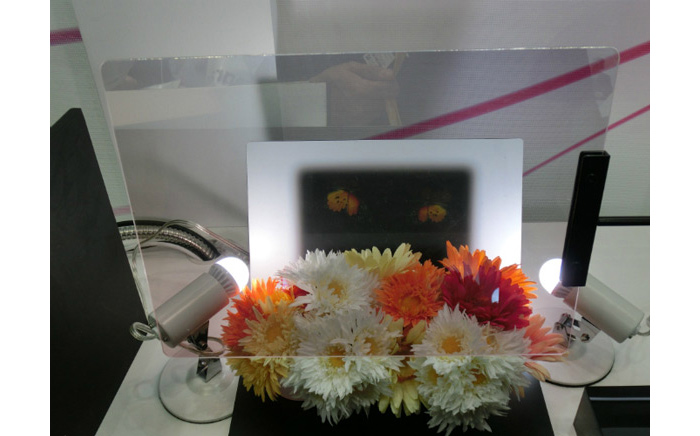 Scientists working for the Japanese company Fujifilm have developed a new type of material that reflects certain light waves and passes others. The new material can also be used on glass instantly turning it into a projection screen.

The material is known as Wavista and was first unveiled at the Nano Tech 2014 exhibition in Japan a few days ago. It reflects certain light waves that are responsible for the blue, red and green colors and when applied to glass it turns it into a projection screen in no time. The glass remains translucent during this intervention though. The new material will likely be used in many fields with one of them being the automotive industry allowing makers to use it on windshields where the new technology will offer information with ease.

It will be a few years since we see Wavista widely but it seems that wait will be worth it.