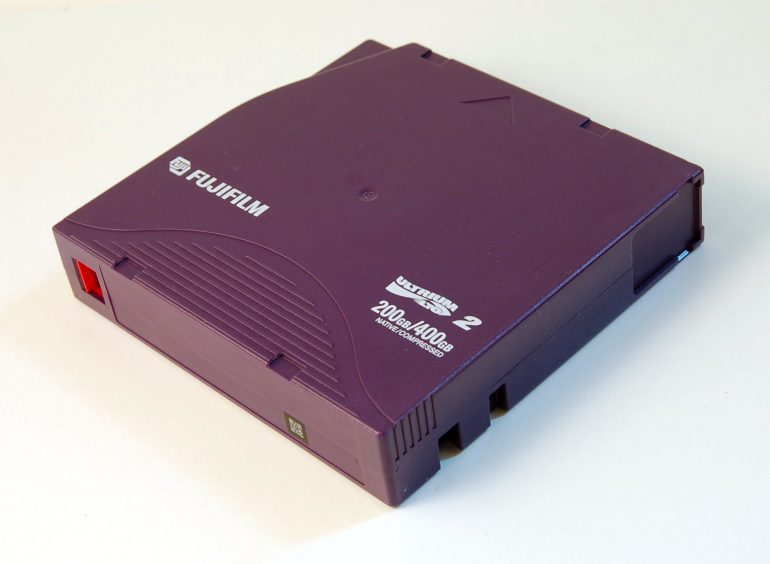 A research team at IBM has reached a new tape storage density record of 123 billion bits of uncompressed data per square inch on low cost, particulate magnetic tape, which happens to be a technological breakthrough that allows the construction of 220 TB tape cartridges that can fit in your palm. Last year’s record was just 85.9 billion bits of data in a square inch.

The new enormous capacity will ease data backup and archive creation. As a comparison 220 TB of data is equal to 1.37 trillion mobile text messages or 220 million books, which would require a 2200 km bookshelf, which spans from Las Vegas to Houston, Texas. The new density is the result of collaboration between IBM and Fujifilm and is made available by the usage of several new technologies such as advanced servo control that includes a high bandwidth head actuator, an enhanced write field head technology that enables the use of much finer barium ferrite (BaFe) particles, innovative signal processing algorithms for the data channel and 90 nm wide giant magnetoresistive (GMR) readers. In addition the IBM researchers have created a new and advanced detection method for improving the accuracy of reading tiny magnetic bits, which increases the linear recording density with more than 76 per cent compared to the previous generation.