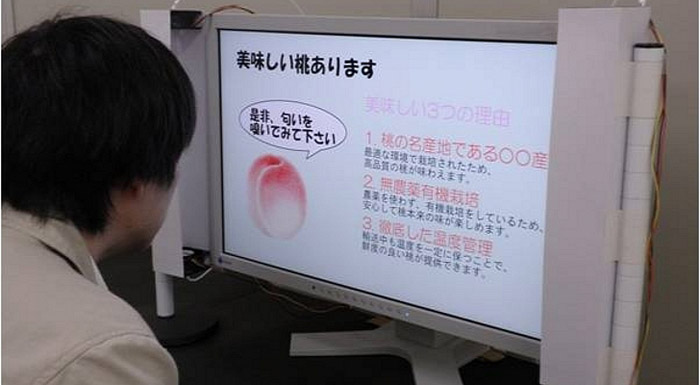 Japanese scientists working for the Tokyo University of Agriculture and Technology have created a new type of TV that not only provides video and sound but also emits smells in order to immerse the viewer even deeper into the visual experience.

The TV set is still at the prototype stage but it seems everything goes well for the team of researchers as they were bold enough to unveil the TV set at the IEEE Virtual Reality conference. Here’s how it works – it comes with four corner-mounted fans that produce the scent the user would be able to feel if they were inside the virtual reality on the screen – be it a computer game, a movie or just a TV show.

The TV set uses vapors that are fed through the four fans where they merge and form the required scent. The technology has become so advanced some users even thought the scent came from a specific place on the screen.

No word on a release date or pricing so far but such TVs will likely be the norm in a few years.