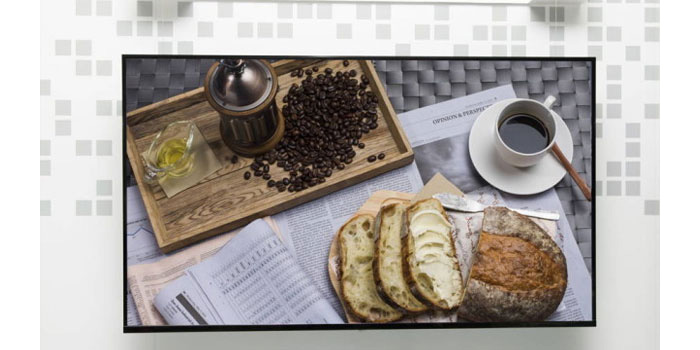 New TV sets do not usually come out on a daily basis just like smartphones do but every once in a while we get something new. This time the “new” will come out of LG, which has prepared an entirely new line of TV sets called Art Slim.

The new line will debut at CES 2015, which happens to be next week and as the name of the line suggests the main perk of the new TV sets will be thinness (or thickness, whichever you prefer). There will be two models at first with 55-inch and 65-inch displays and the former will be just 7.5 mm (0.29 inches) thick, while the latter will be just 8.2 mm (0.32 inches) thick. This means that the new TV sets will be almost as thin as the smartphone you have in your pocket.

The technology behind this achievement is simple, at least in words. Thanks to the use of a new aluminum composite LG has managed to turn the back cover of the LCD display into the rear panel of the TV set. In addition the technology allows the company to increase the reliability of the TV set as the rear is now sturdier than before.

The first two models can be seen at CES 2015 next week. Later in 2015 LG will also release smaller displays of the Art Slim line with only a 49-inch model confirmed as of now. No word on pricing just yet.