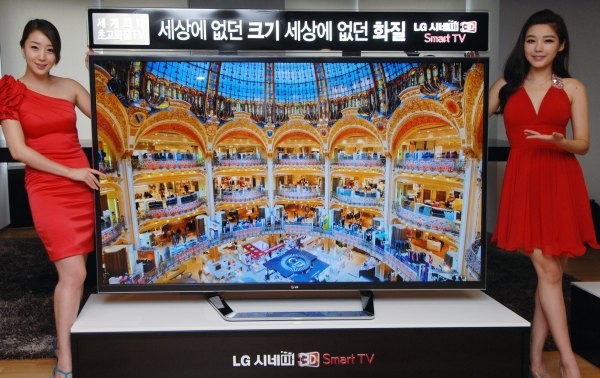 The so-called 4K display offers mind-boggling eight million pixels per frame, which is the reason the TV is unofficially called “ultra-definition”.

The technology is in its infancy, but LG’s CEO, Havis Kwon, said that “it was important for LG to claim a stake in this space.”

The new TV set should help LG overcome competition coming from Sony and Samsung. The two companies have released 20-inch and 55-inch 4K displays but do not have anything that comes close to the 84-inch 4K LG display.

The only problem with the new LG TV set is price – the device costs nearly 22 000 USD – which means few people will buy it and you may not even see it at your local electronics store for a long time.

The 84-inch 4K TV is now available in South Korea. Other market locations will get it in September.