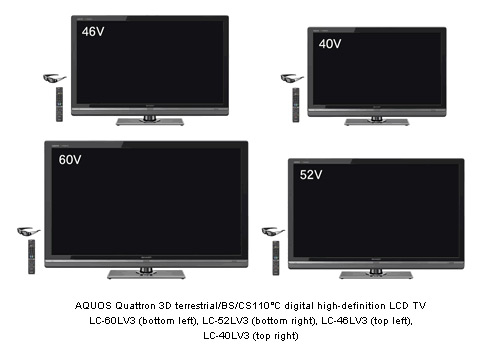 “Sharp developed four-primary-color technology based on its proprietary UV2A technology . This technology newly adds Y (yellow) to the three RBG (red, blue, green) primary colors, dramatically improving the ability to faithfully reproduce colors. In particular, it enables both 2D and 3D images to be reproduced with outstanding quality by vividly rendering colors such as brilliant yellow, brassy gold, and emerald green, which are difficult to reproduce using the three conventional primary colors. Further, a significant improvement in light utilization efficiency yielded a reduction in power consumption by approximately 10% compared to previous models with UV2A technology.”