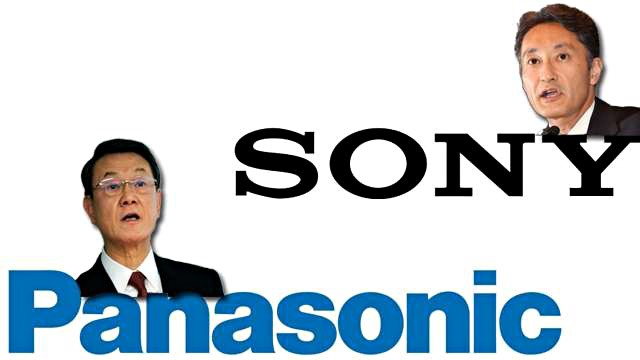 The two Japanese tech giants Sony and Panasonic announced that they had signed an agreement that describes joint development of next generation OLED (organic light-emitting diode) panels and modules for TV and large-sized displays with one goal in mind – to make them more affordable.

OLED displays deliver very high quality images but their price is still prohibitive for most customers looking for a new OLED TV.

Sony and Panasonic will share tech inventions in the field as well as expertise on the subject with the idea of developing a joint next generation OLED technology suitable for low cost mass production of large HD OLED panels and displays. The mass production of such panels should start next year.

Sony launched the world’s first OLED TV in 2007 with its 11” model and also released a 25” professional OLED monitor in 2011, and continued to develop products and mass produce OLED displays utilizing deposition technologies. Further, Sony has actively promoted the research and development of next-generation OLED technologies such as hybrid OLED element devices and processing (manufacturing) technologies that combine deposition and printing methods, thin film transistor (TFT) drivers such as oxide TFTs, and flexible organic TFTs, and has presented its development results at academic conferences.

Panasonic is a leader in the technology development of large-sized screens, high-resolution OLED panels and utilizes the cutting-edge “all printing method”, among other printing methods which have the advantage of being competitive for producing large-sized screens at a lower cost. Panasonic owns the unique production and equipment technologies, which enable the production of OLED panels through this method. Panasonic is also pursuing the future possibility of OLED panels, and is carrying out research and development of advancements in flexible OLED panels and aiming to develop large-sized, high quality sheet-type displays.