Sony and RealD partner to bring 3D to the home

Sony Corporation and RealD today announced a technology partnership aiming to provide immersive 3D home entertainment to consumers beginning in 2010. The pact includes Sony licensing the stereoscopic RealD Format, know-how in producing active and passive 3D eyewear and other RealD technologies. Sony and RealD have been closely working together to create a better 3D experience at movie theaters for years. The parties will now join forces to deliver a similar premium 3D entertainment experience to the home.

“Sony has its proprietary LCD panel driving technology to reproduce full HD 3D images on the screen of new “BRAVIA” LCD TVs, which will work in sync with new 3D eyewear based on RealD’s technology. We are excited to work with RealD in bringing 3D to the home.” said Hiroshi Yoshioka, Executive Deputy President, Officer in charge of Consumer Products and Devices Group, Sony Corporation. 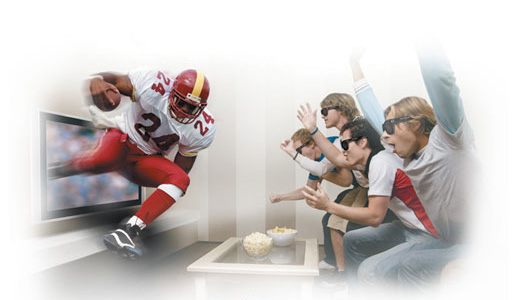 “We are thrilled to partner with Sony on 3D eyewear and to integrate support for the RealD Format into Sony “BRAVIA” LCD TVs and other Sony products. This collaboration enables the distribution of high-quality 3D content to Sony displays through the existing HD infrastructure, a vital element to the widespread adoption of 3D in the home,” added Michael V. Lewis, Chairman and CEO of RealD.

The companies are working in partnership to bring to market 3D compatible “BRAVIA” LCD high definition TVs=and other consumer products in Sony’s current and future portfolio that will support the stereoscopic RealD Format. The RealD Format is a side-by-side 3D format capable of delivering crisp, clear, high-quality 3D utilizing all channels of the existing HD broadcast infrastructure.