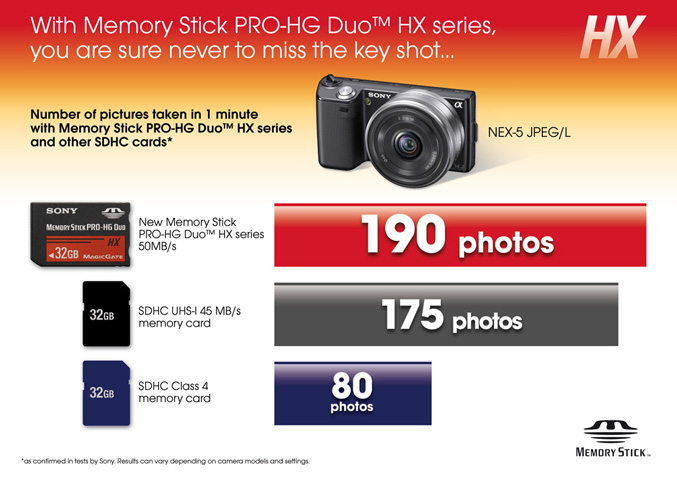 Sony is bringing a new addition to its memory card family, but this time this is the fastest model in the lineup, the Memory Stick PRO-HG DuoHX, which is capable of  transfers at up to 50 MB/s.

The new Memory Stick PRO-HG Duo HX cards utilizes  Sony’s latest HX Engine technology, allowing more stable read/write performance with large files. Developed specially for high-resolution and burst shooting with today’s HD DSLR, SLT and interchangeable lens cameras, Sony claims that when used with their NEX-5 camera, the new cards can capture 190 JPEG images in one minute, which almost double the rate of images per minute when is used a standard Class 4 SD card. The cards are available in capacities of 8GB/16GB and 32GB, backed by 10-year warranty.