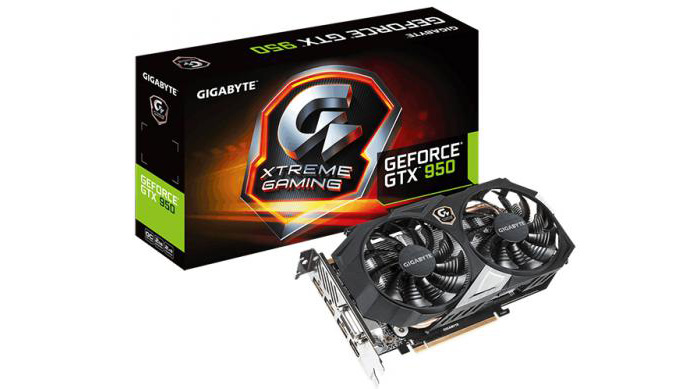 The new Xtreme Gaming line of video cards is the first one of many gamer-focused products that Gigabyte will release this year. The new GTX 950 Xtreme Gaming card comes with a Super Overclock GPU and a WindForce-based cooler with a 3D-Active cooling solution for both great performance and low noise levels no matter the environment. The card comes with 2 GB of GDDR5 memory at 7000 MHz, serviced by a 128-bit memory bus and a GPU than runs at 1023 MHz (1405 MHz Boost), up from the reference clock speeds of 1026 MHz and 1190 MHz. In addition to this the GTX 950 Extreme Gaming comes with top-notch hardware components that ensure low power consumption, better performance and more importantly much higher durability compared to other graphics card makers.