Super Talent CFast storage card is an evolution of the traditional CompactFlash™ card which has been in the industry for over 14 years, satisfying storage needs for mobile digital devices such as PDAs, digital cameras, etc. CFast has a bandwidth of 375MB/s which is four times more than the fastest High Speed 600x (90MB/s) CompactFlash card while still keeping the small original CF mechanical form factor. The new CFast storage card breaks the speed bottleneck between the SSD and the device by using a SATA interface. Super Talent has clocked these CFast cards at up to 200MB/sec read speeds. With Super a Talent CFast storage card installed, there will be no waiting time for the camera to catch up, and it will be much swifter to view pictures on a camera or to copy them to computer.

Measuring 36.4 x 42.8 x 3.3mm for Type I CFast storage cards and 36.4 x 42.8 x 5.0mm for Type II, the same physical dimensions as the CompactFlash card, the CFast Storage Card has a single-chip controller and flash memory module. The SATA interface consists of a 7-pin signal connector and a 17-pin power and control connector. The card operates at 3.3V.

Asus intros a new mobile device which runs Android 3.0 (Honeycomb) and has a slide-out QWERTY keyboard for fast typing. At the heart of the 10.1-inch tablet with IPS, 1280 x 800-resolution display, is Nvidia Tegra 2 CPU/GPU combo chip. It weights about 886 grams and inside you'll find 512MB... 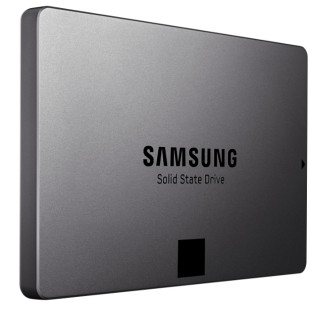 A few days ago we informed that certain users of the Samsung SSD 840 EVO had reported problems with accessing data stored on this SSD line more than 30 days ago. The issue is that such data is accessed and read very slowly although there is no such problem with newly written information. The...

The LG Nexus 4 smartphone is to be announced next week so it comes as no surprise that the smartphone has appeared in pictures yet once again. This time however the pictures seem to be official – and they show the device up front, from the back and aside. The LG-made Nexus...