Fujifilm has introduced a new line of bridge cameras that belongs to the S-series premium compact camera class.

The top-of-the-line products are named Finepix S4500 and Finepix S4200 and come with 30x and 24x lenses respectively. Both cameras come with a 14 megapixel sensor and a 3-inch LCD screen at the back of the camera. Also included is a 1/2.3-inch CD sensor and the ISO ranges from 64 to 6400 using Fujifilm CCD-Shift image stabilization technology.

The S4500 and S4200 also offer users HD video recording at 720p at 30 fps while the available HDMI port can be used to connect the cameras to a HD-ready TV for instant playback. 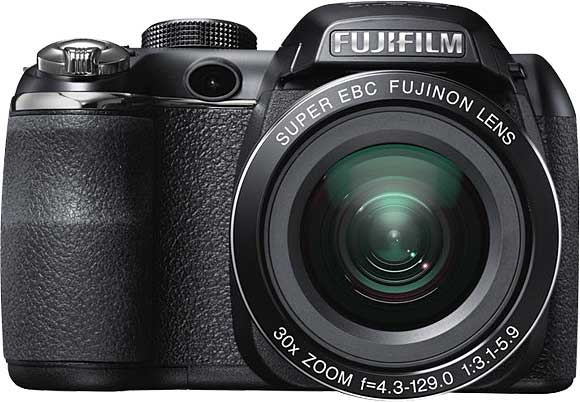 The mode dial allows access to full manual shooting as well as other shooting modes such as shutter priority and aperture priority mode. The auto-focus function has been made faster which is also true for the start-up time.

Other improvements include enhanced screen brightness for sharper details and more realistic colors while a 200 000 dot electronic viewfinder (EVF) has been added to the LCD screen at the back of the camera.

Fujifilm also announced the SL300 and SL240 digital cameras that feature a 30x and a 24x zoom lens respectively. Both models come with rechargeable lithium-ion batteries instead of the AA batteries used in the S4500 and S4200.

Pricing is not known at the moment.